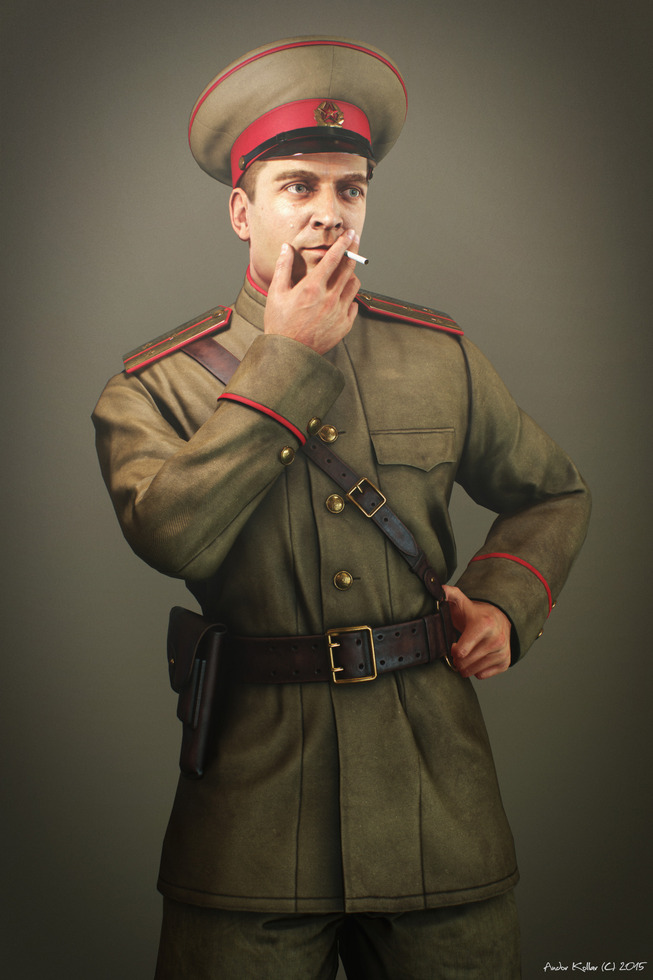 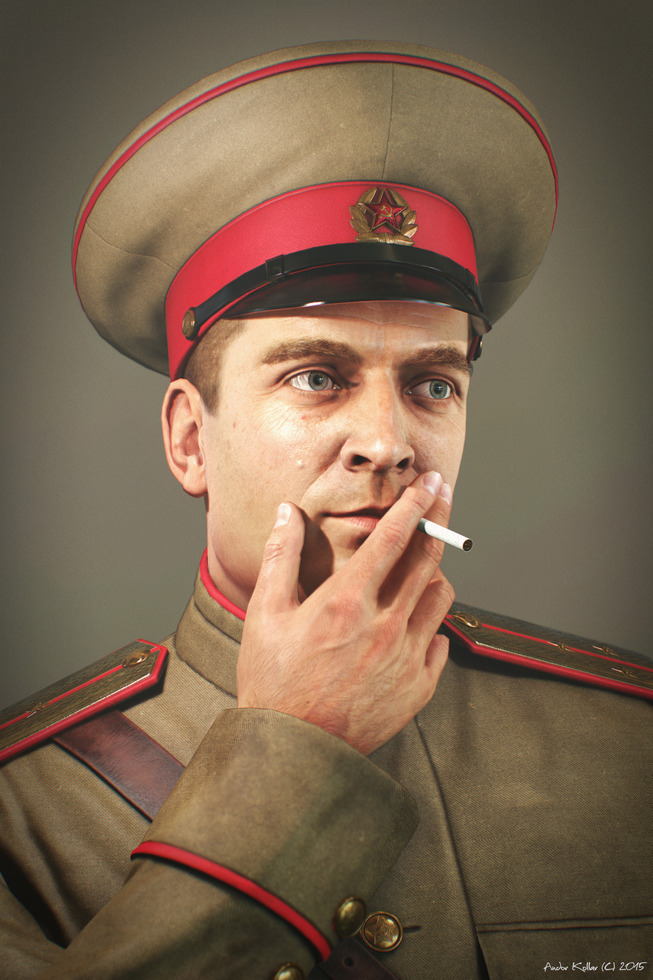 The character of the WW2 soldier was designed for a game. For design, I used the original World War 2 soviet uniform and soldiers’ equipment from reference photos. The basic high polygon mesh for this work was created in Maya and then sculpted in ZBrush. Marmoset Toolbag rendered the final images. I used PBR shaders and textures to really bring this character to life. 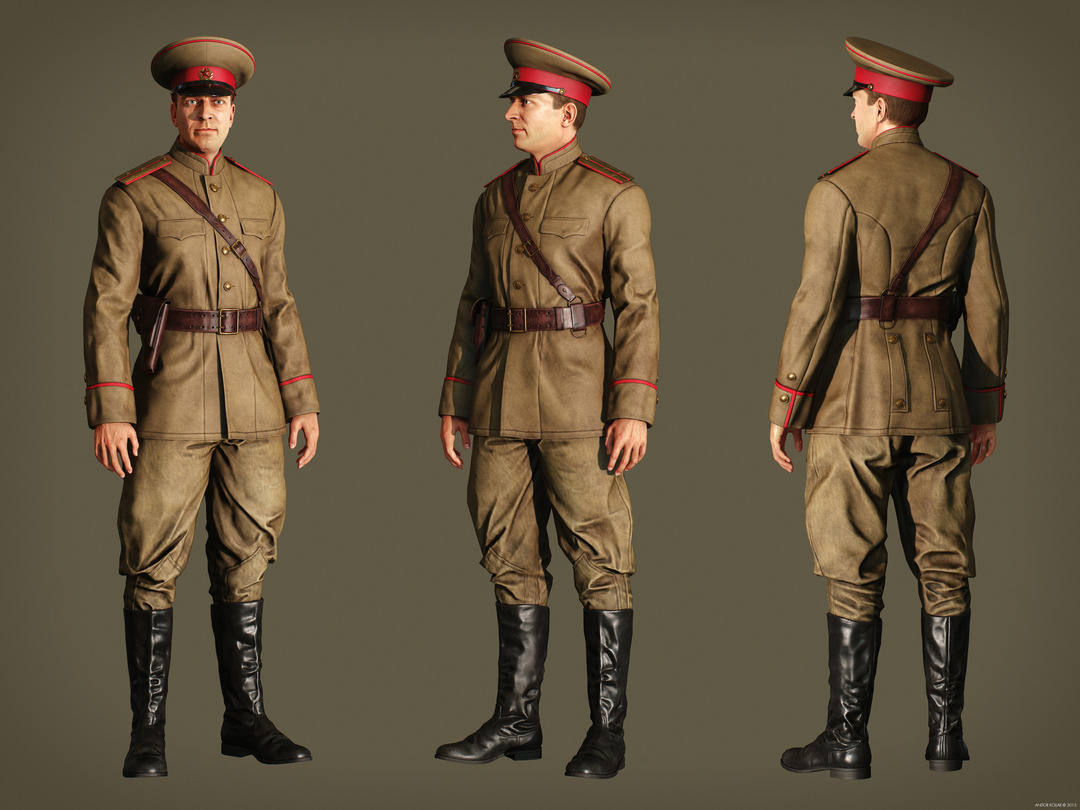 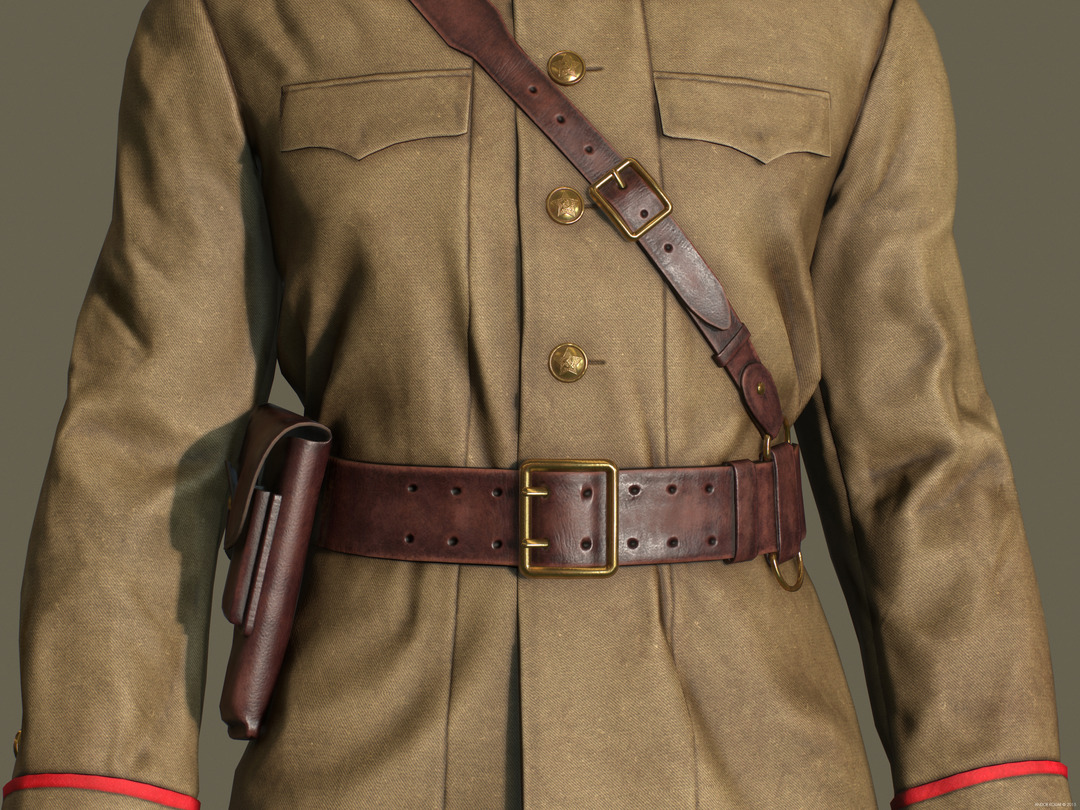 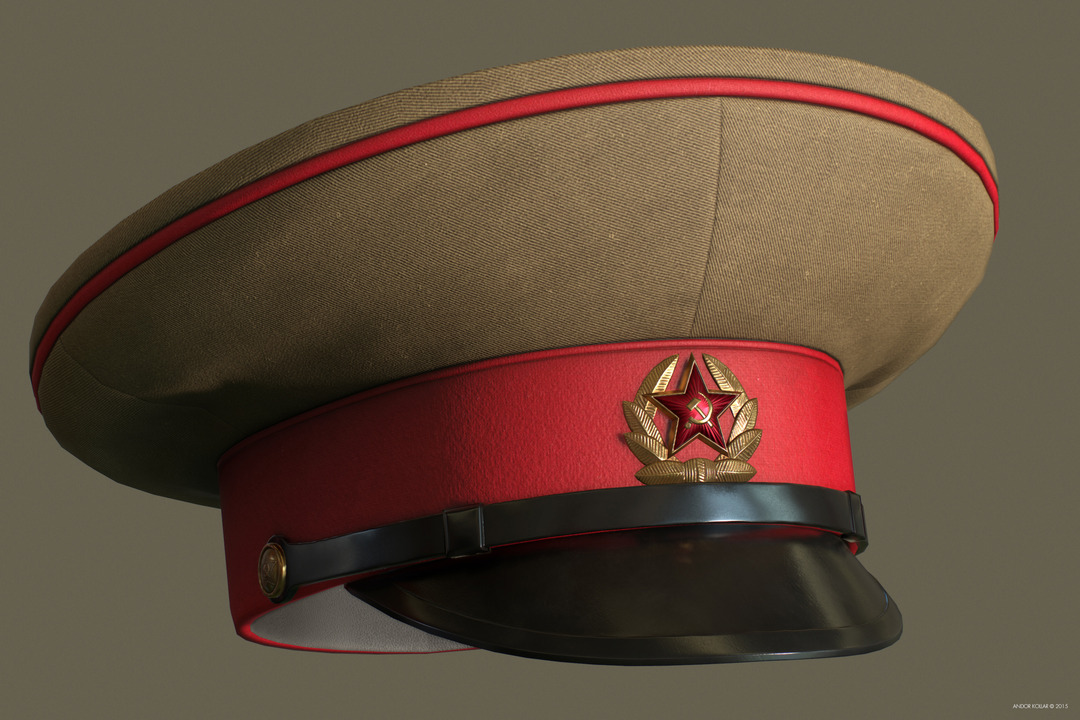 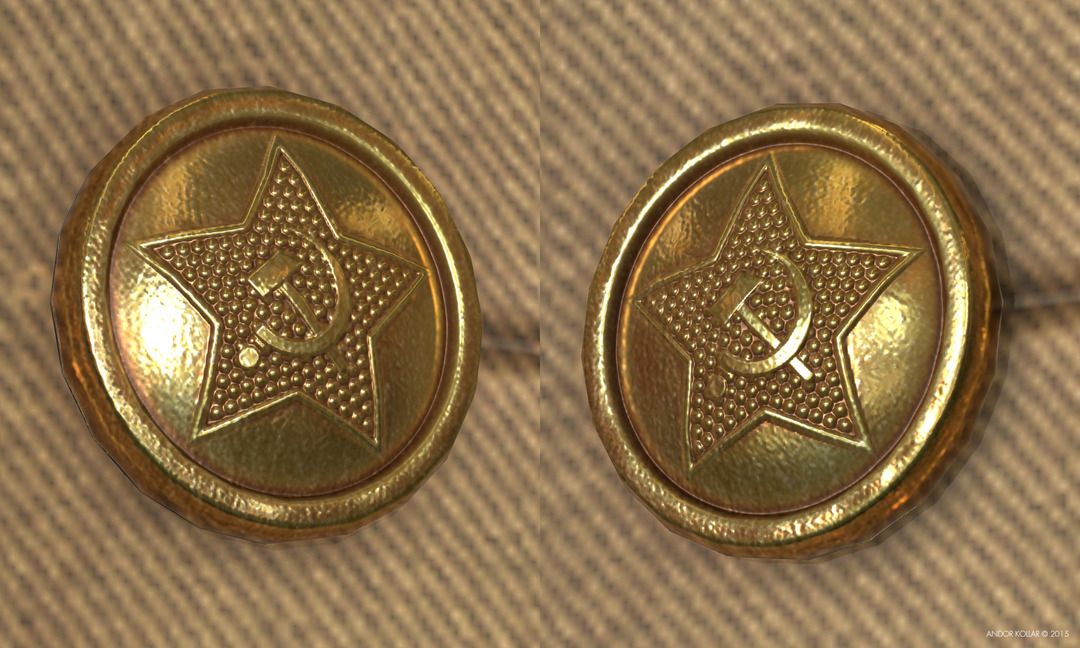 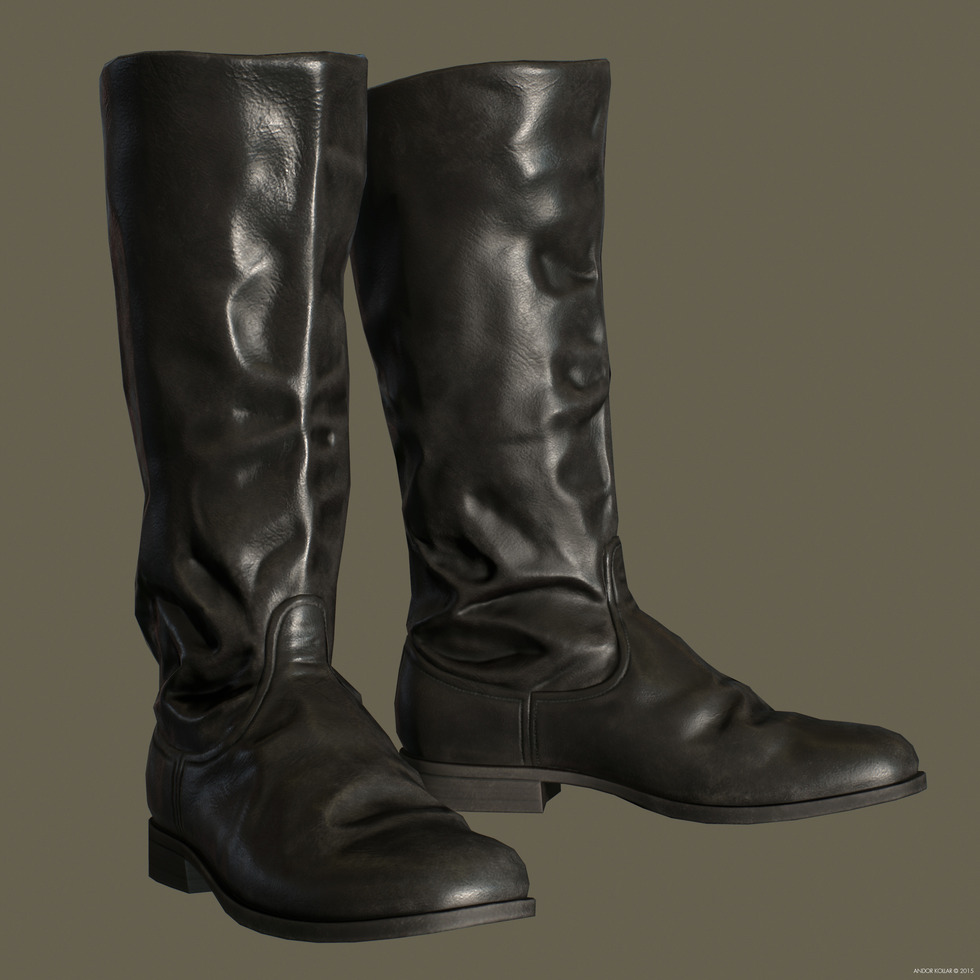 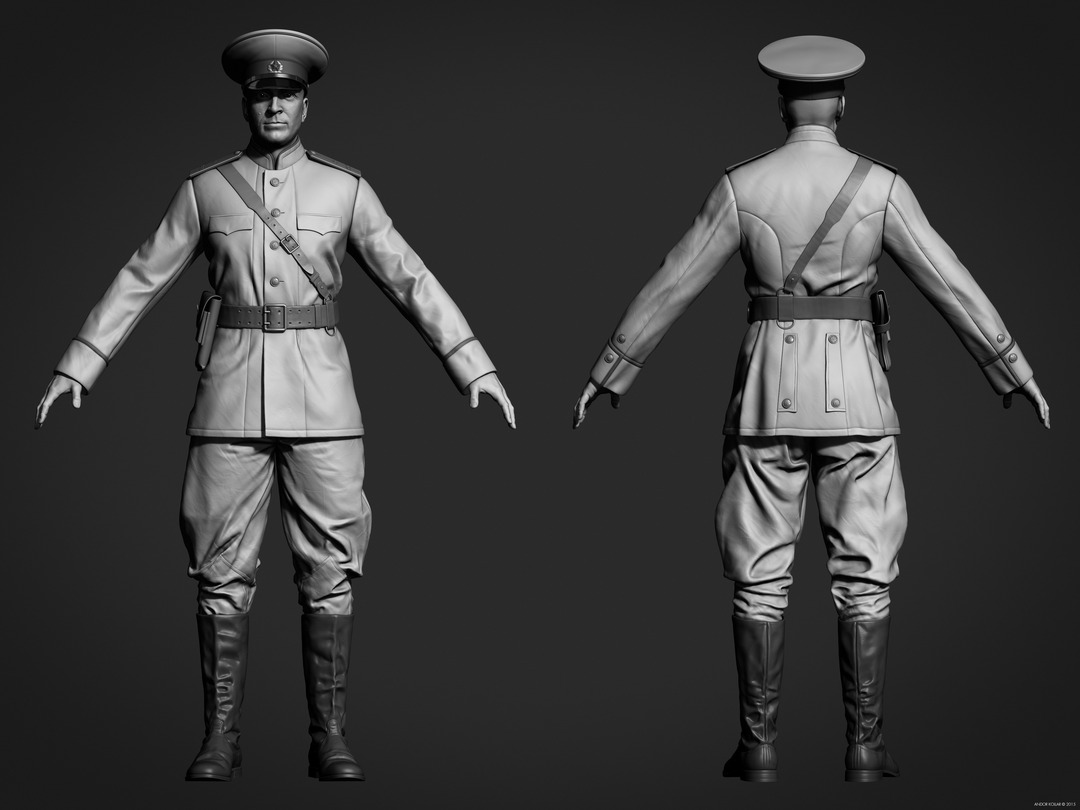 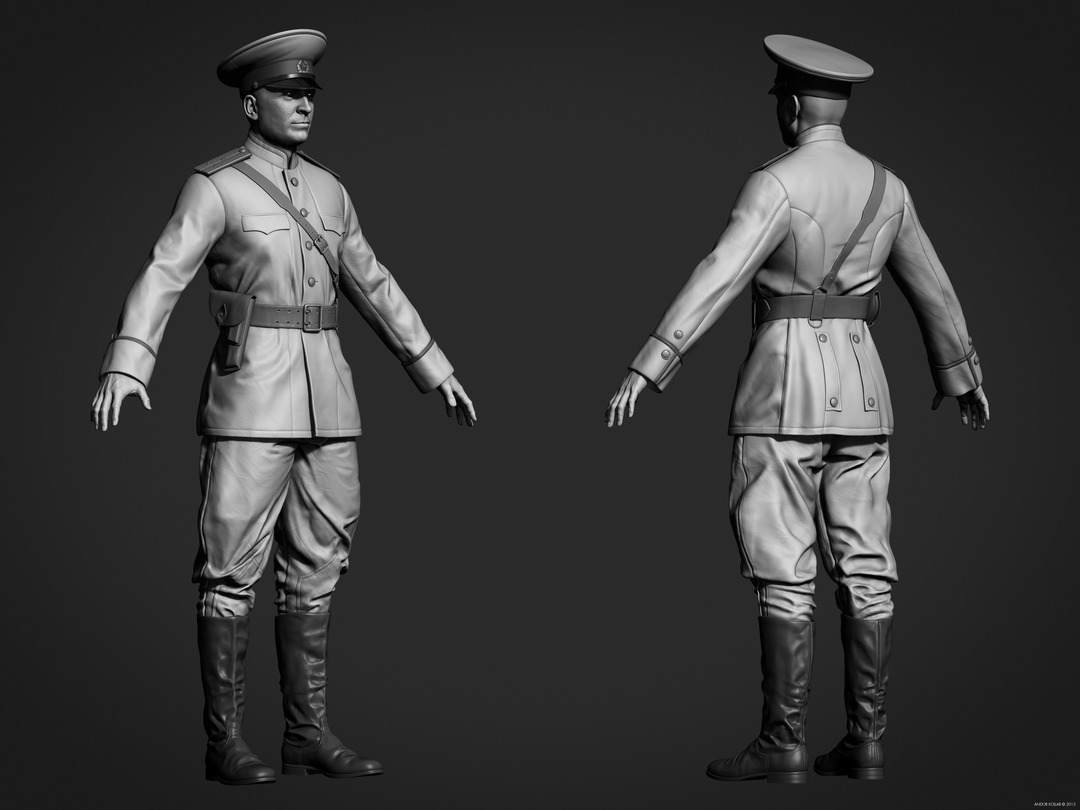 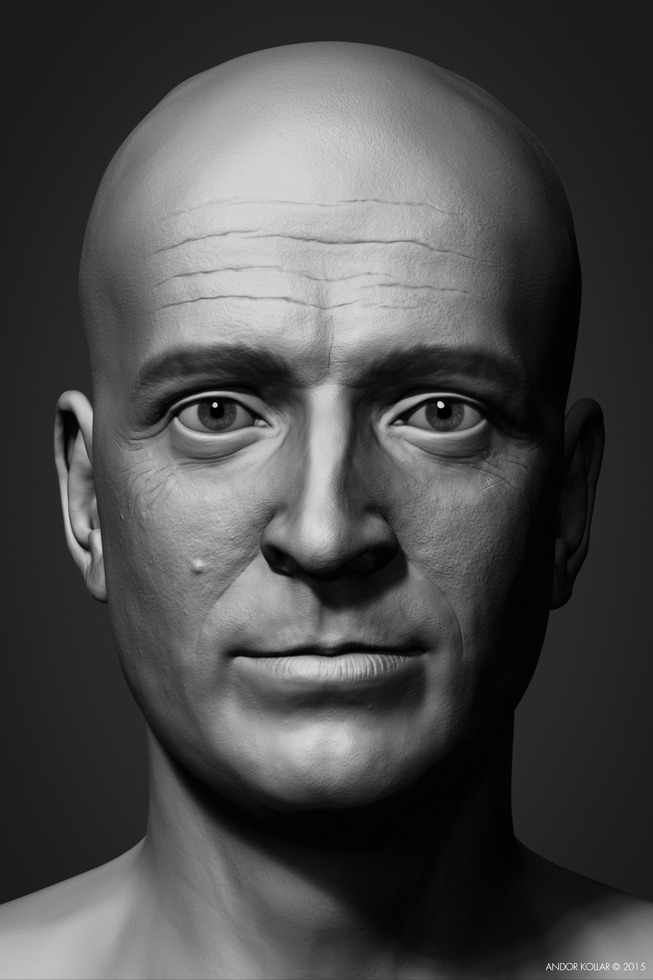 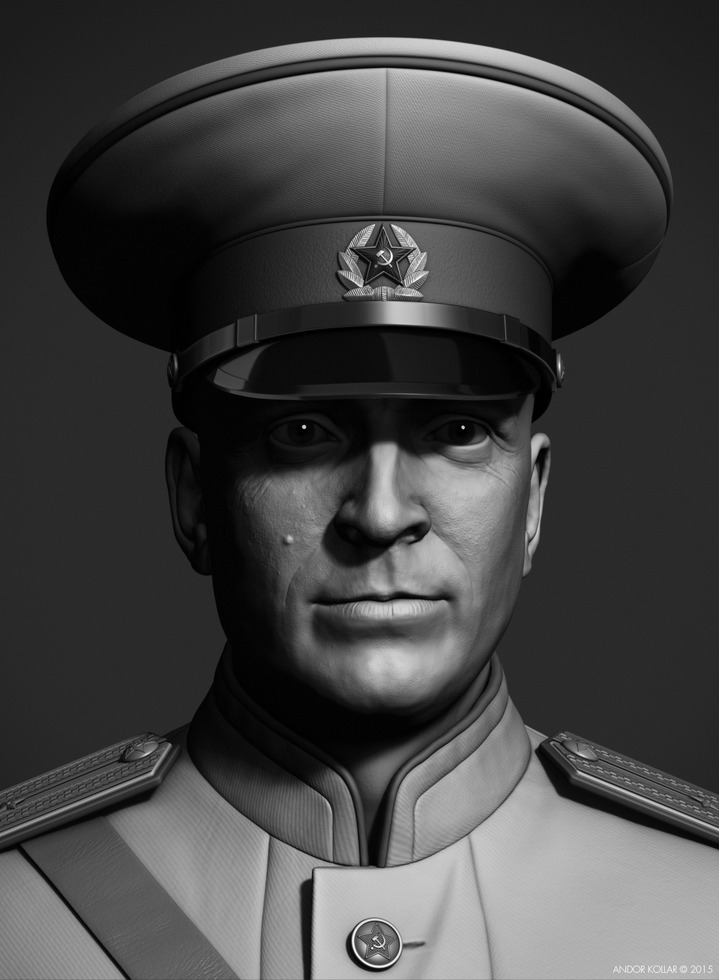 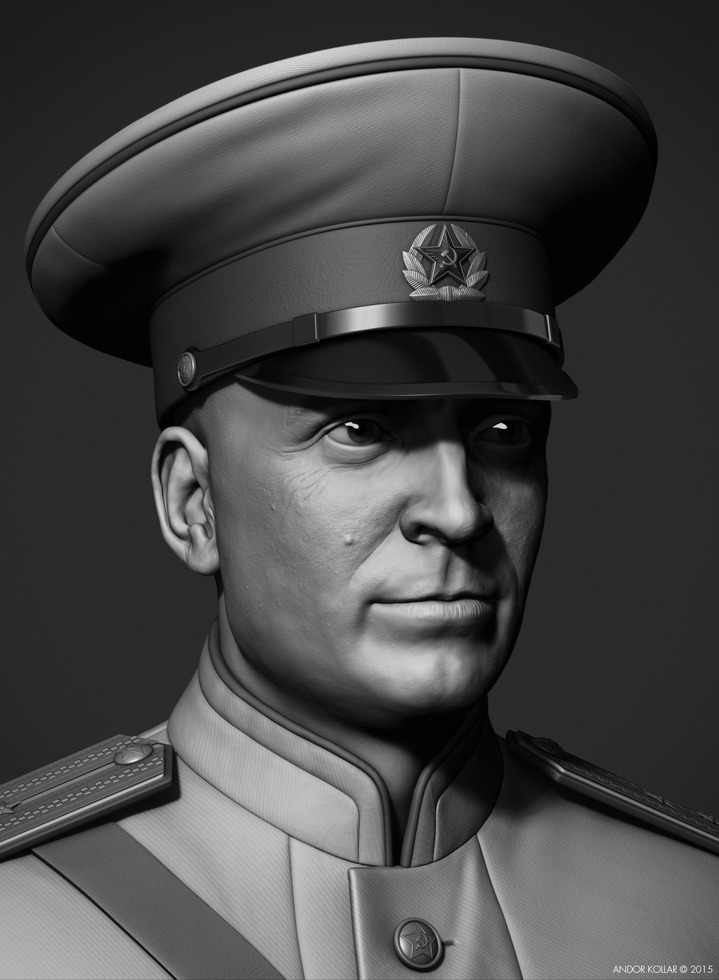 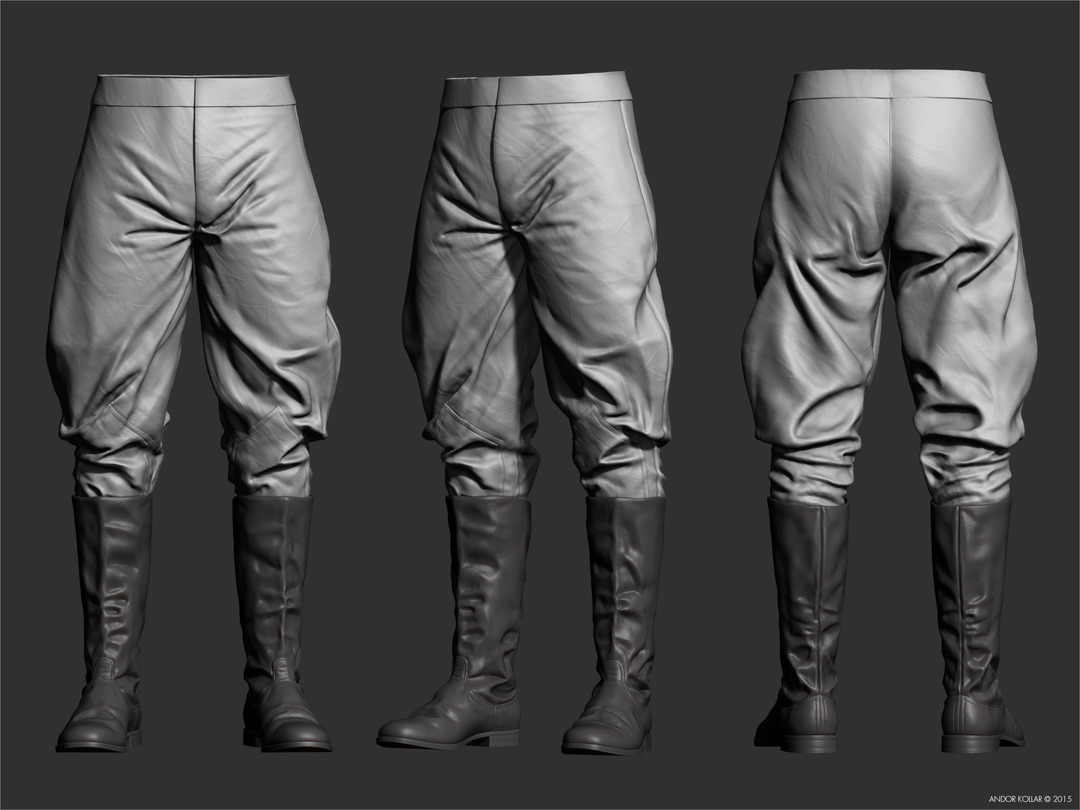 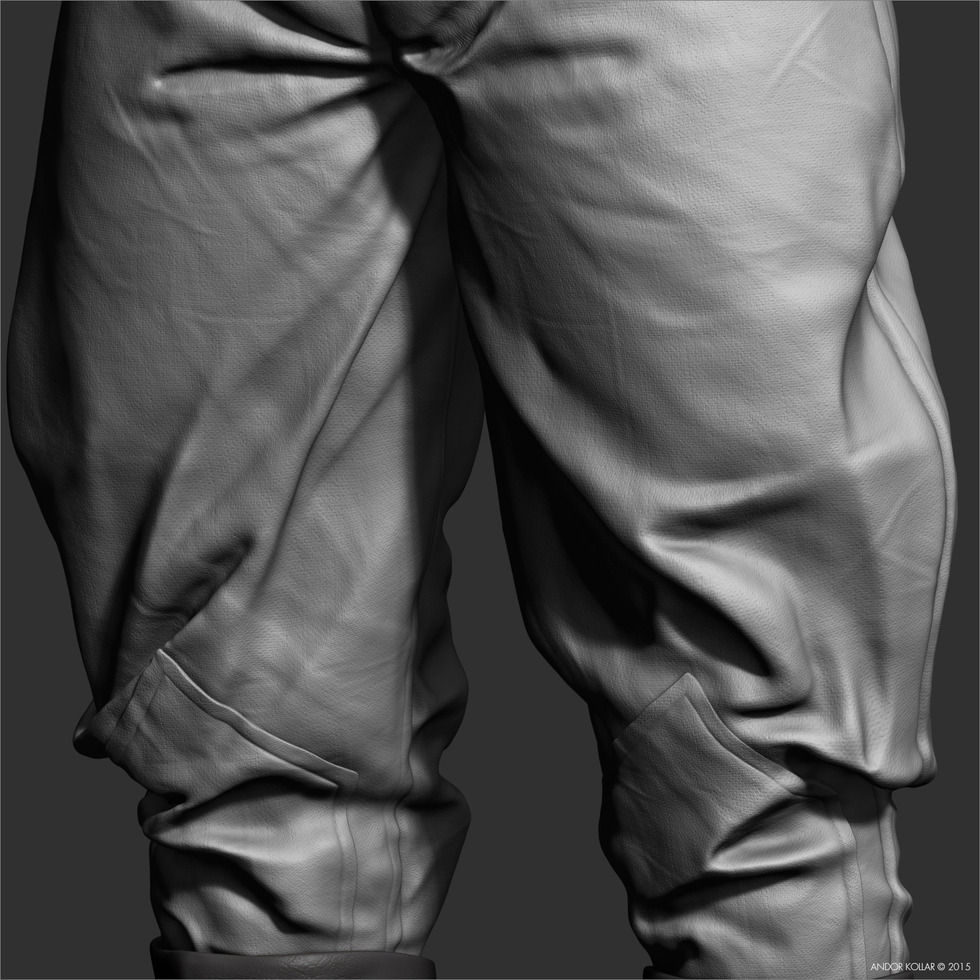 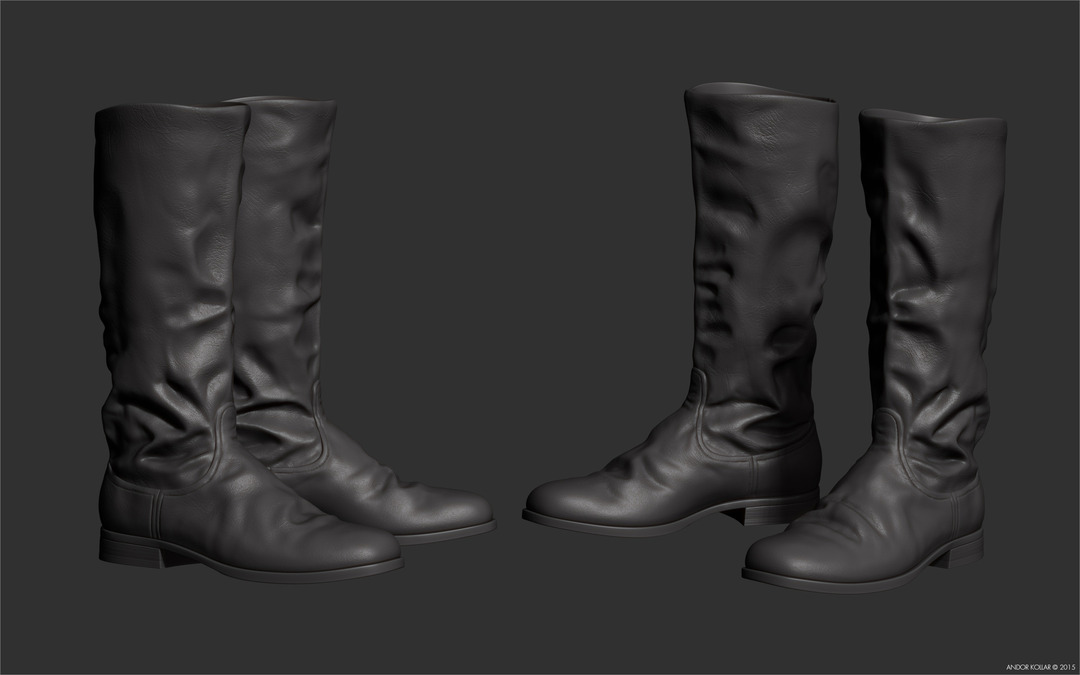 Modelling workflow. The base high polygon control mesh and UV map were created in Maya and the details were sculpted in ZBrush, for micro details I used NoiseMaker with custom fabric textures. Then the low polygon geometry was created in 3ds Max, textured in Photoshop, rendered the final images in Marmoset Toolbag. 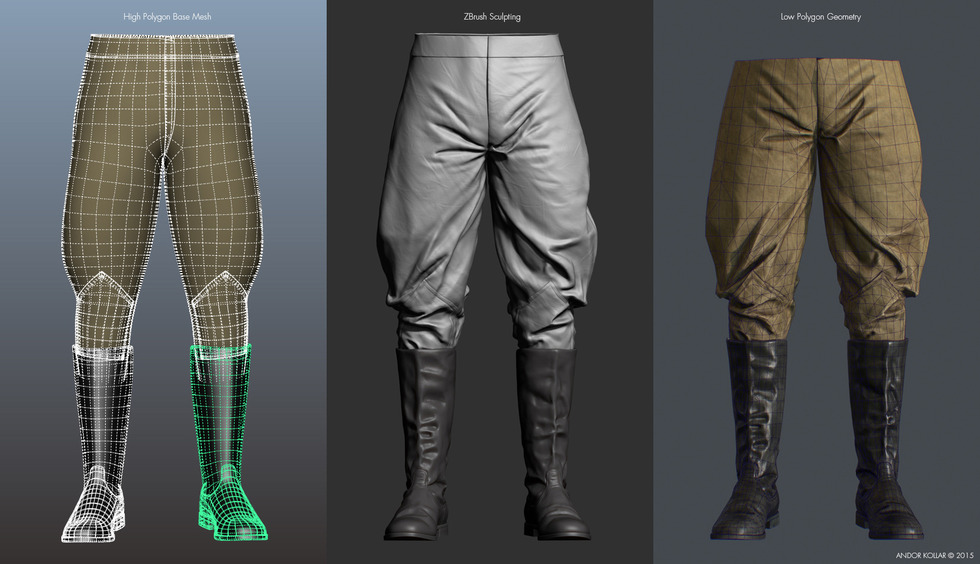 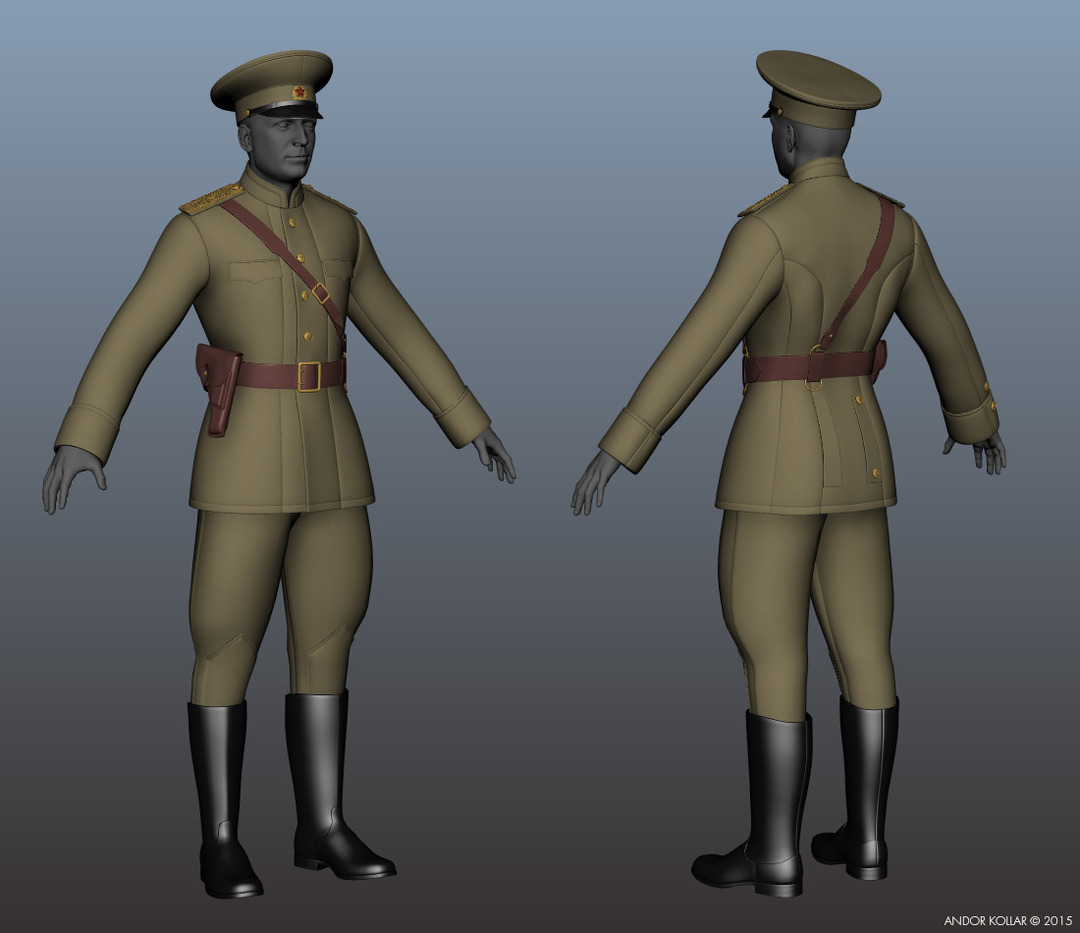 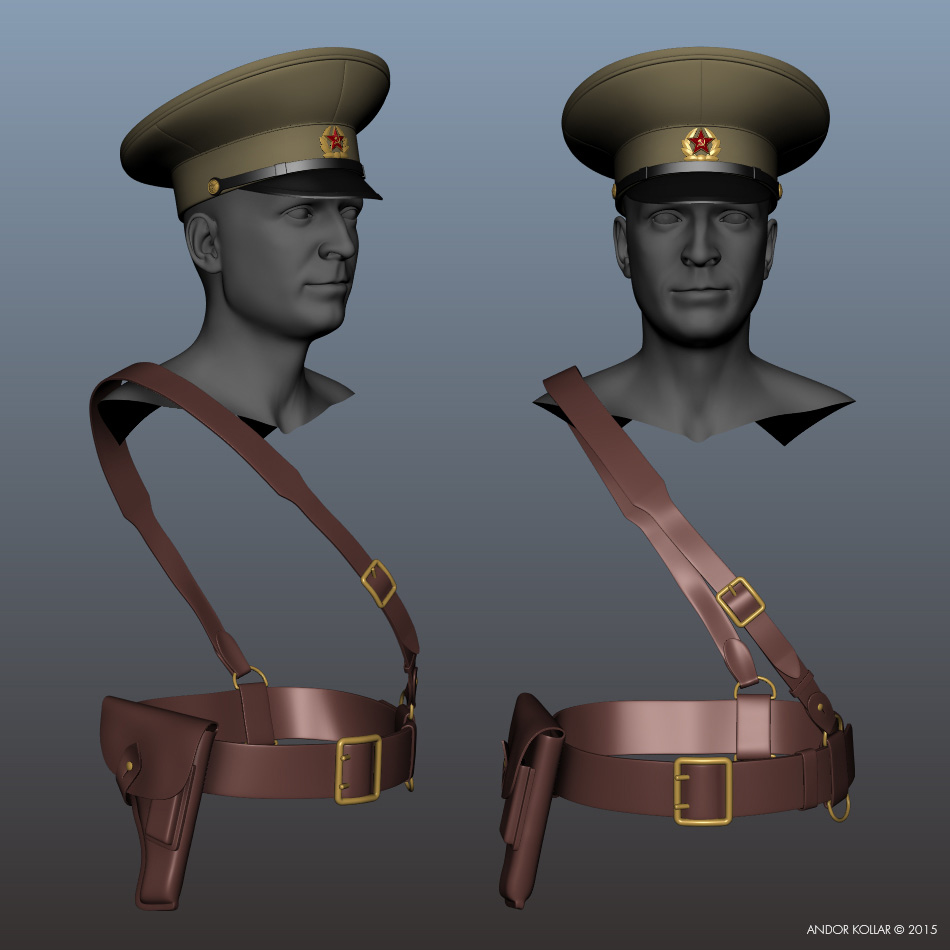 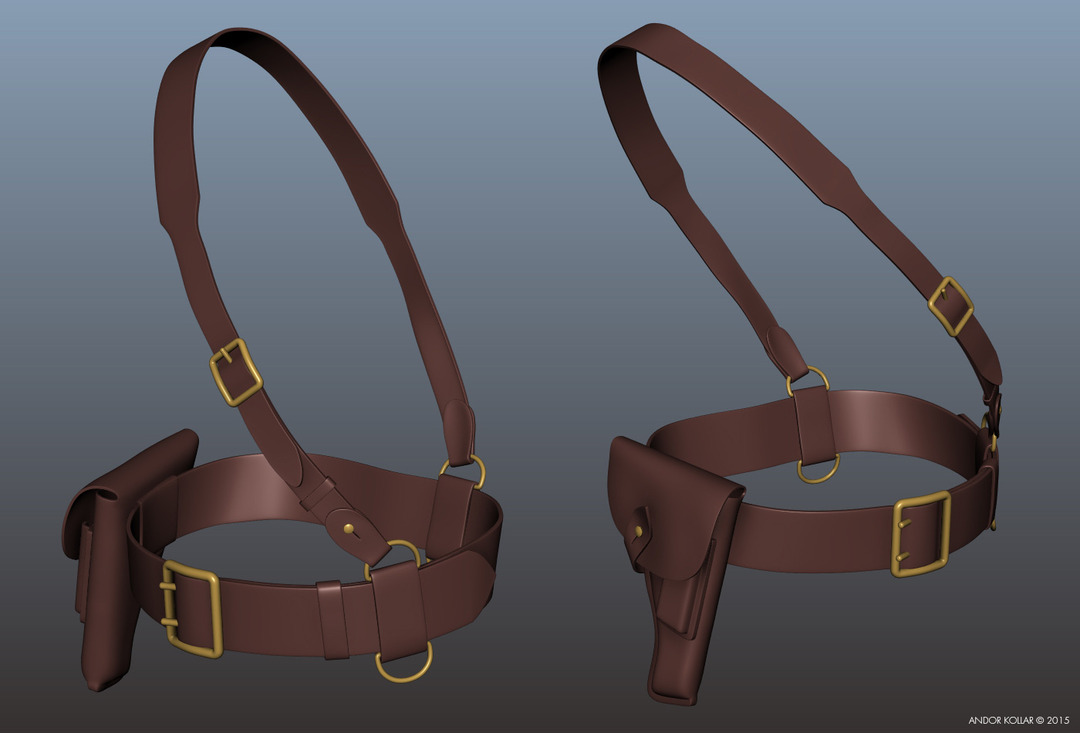 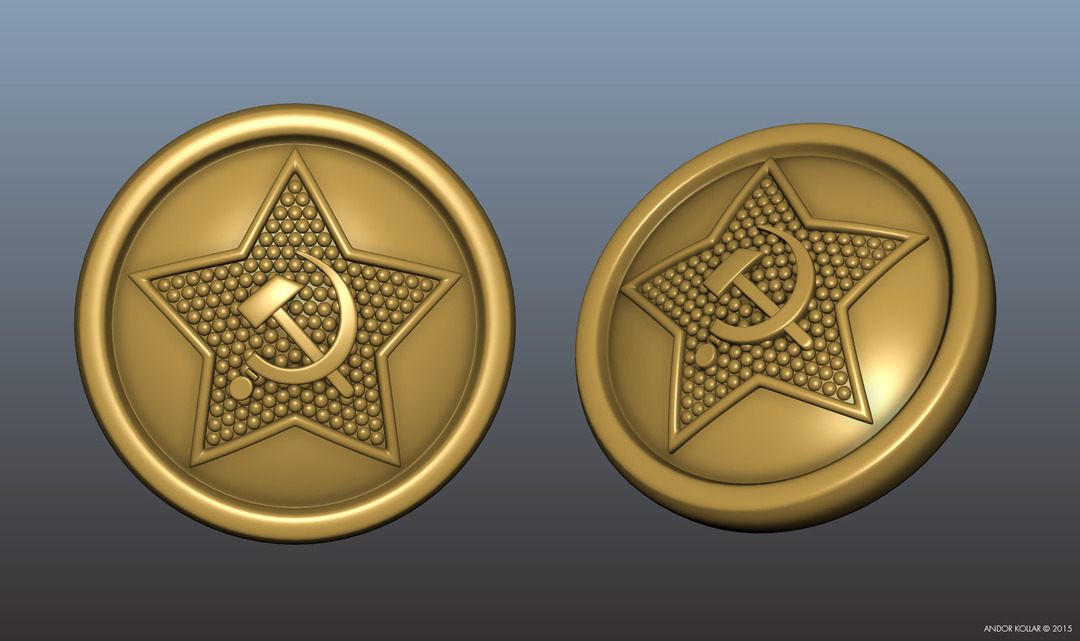 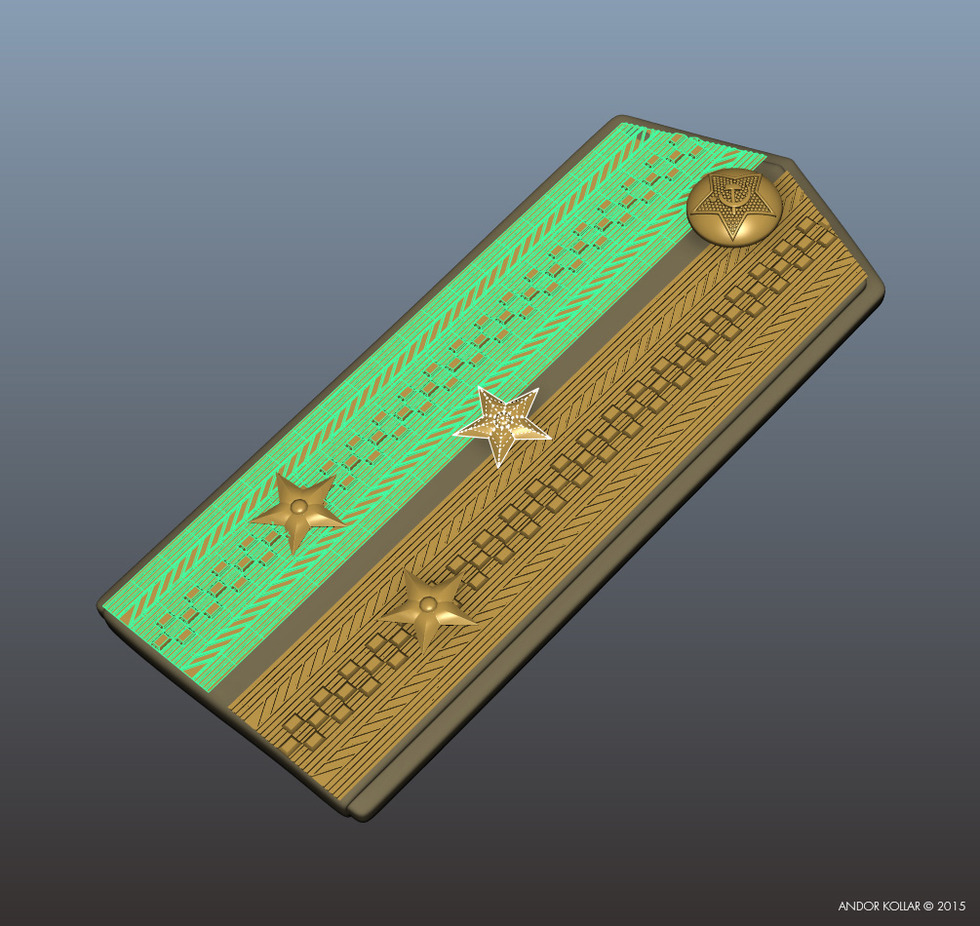 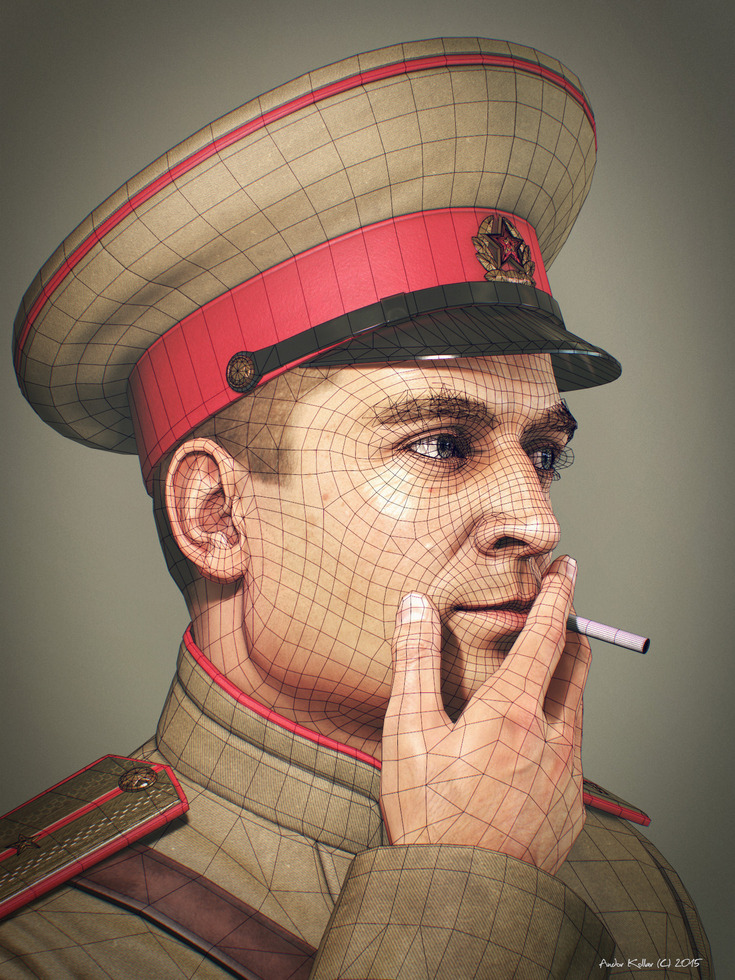 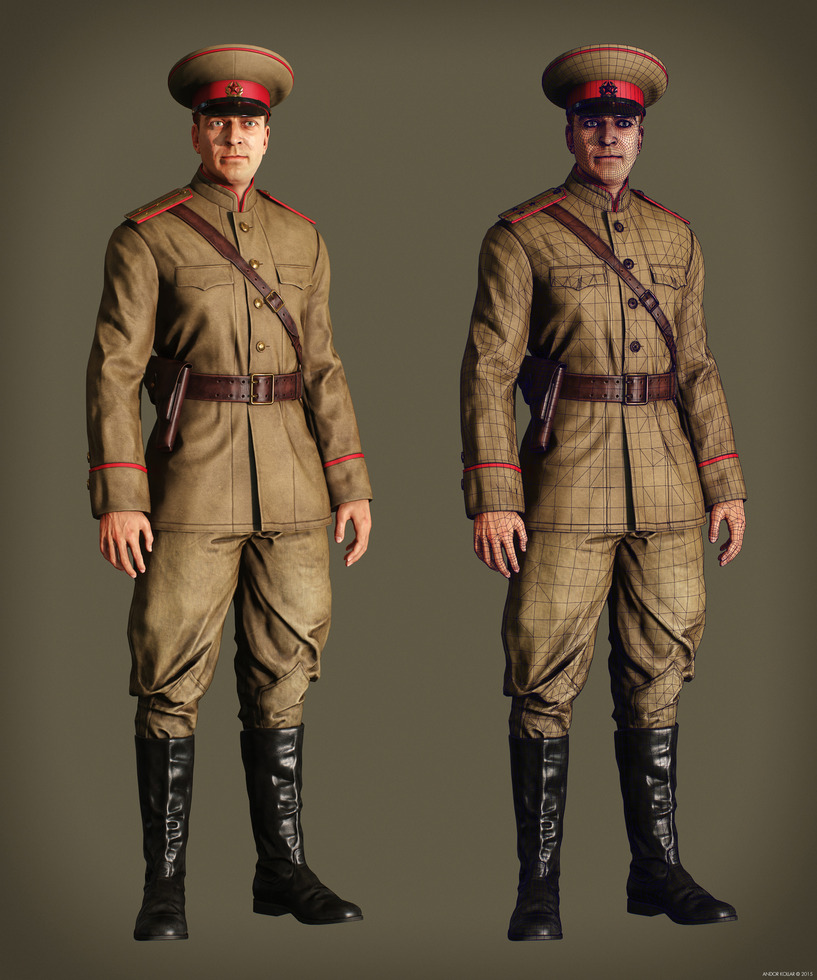 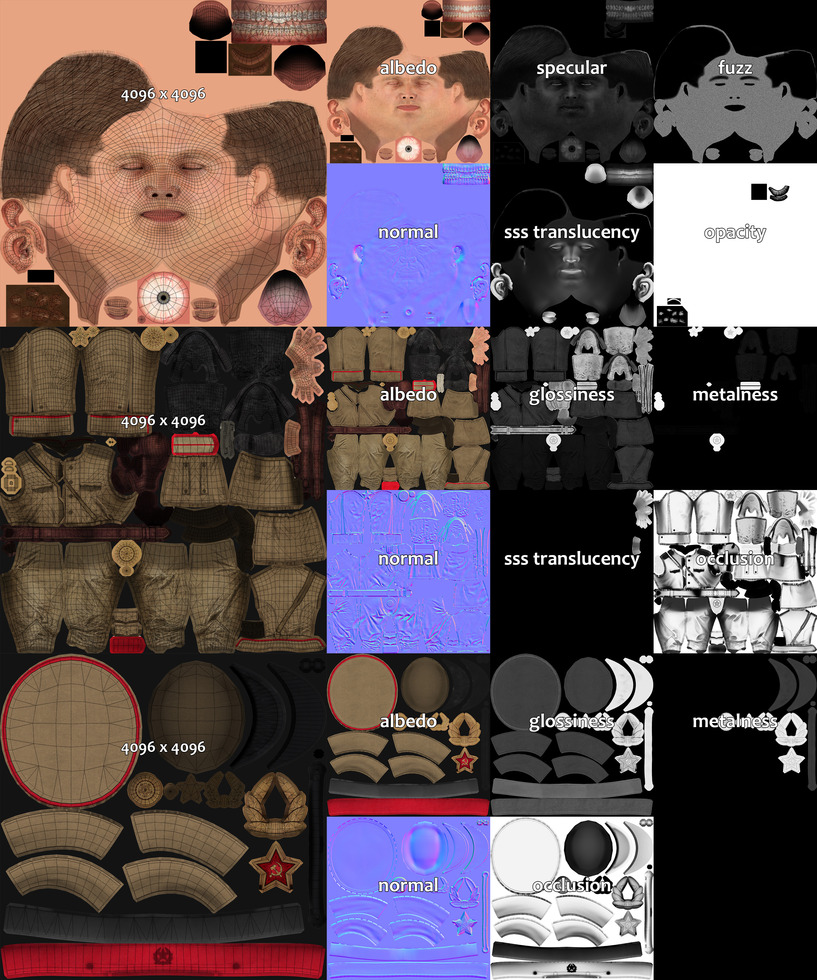