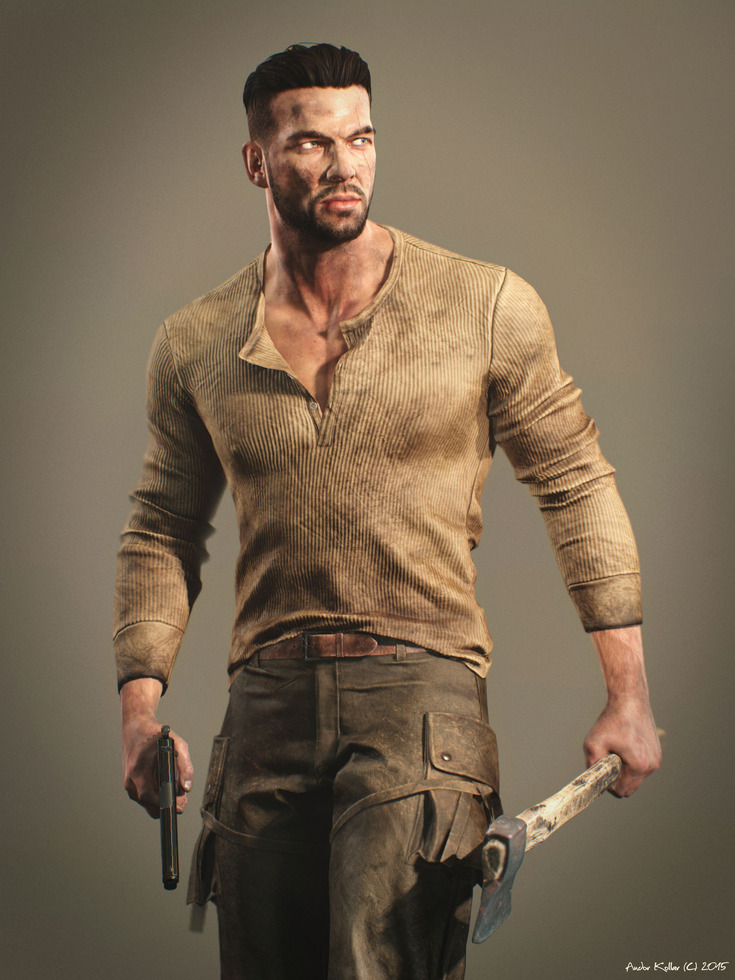 Captain Patterson is a Pilot who is being held as a prisoner of war in a Jail. The soldier is ready for revenge after he has escaped. The base mesh was created in Maya and Marvelous Designer before being sculpted in ZBrush. Then the game character was rendered in Marmoset Toolbag. You can check the ZBrush character sculpting: https://kollarandor.com/gallery/soldier/ 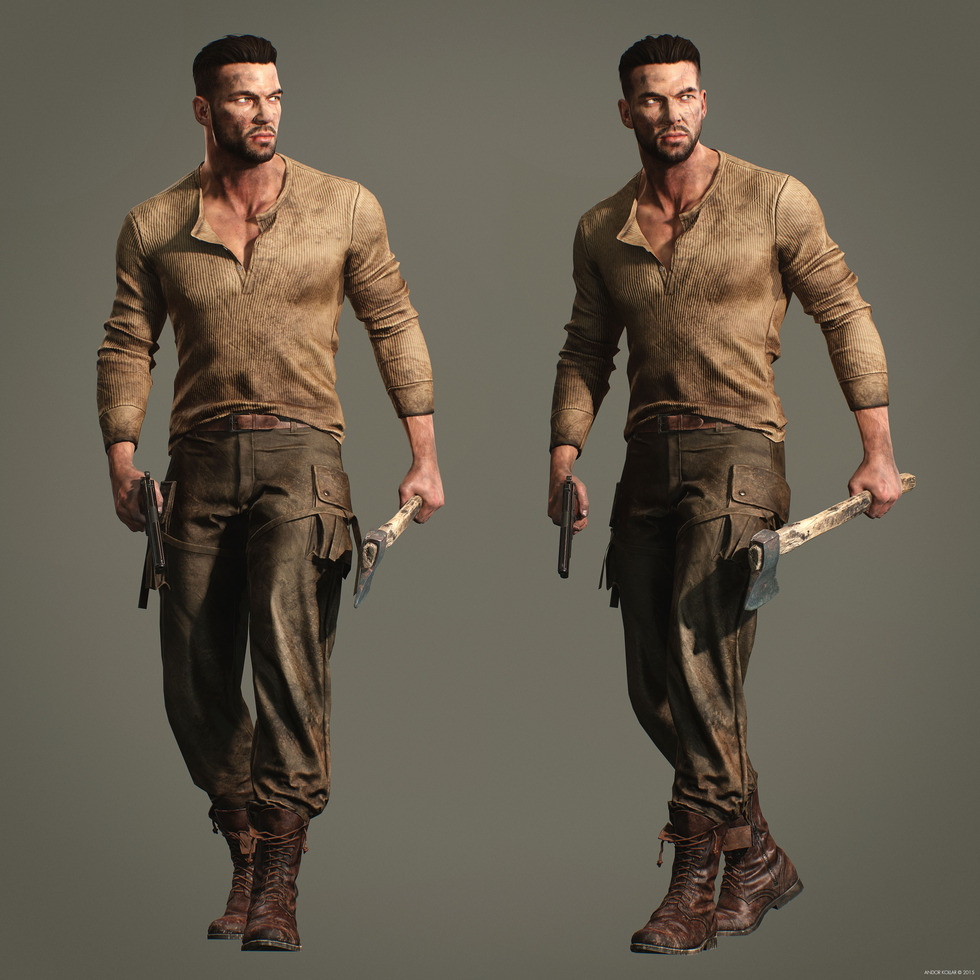 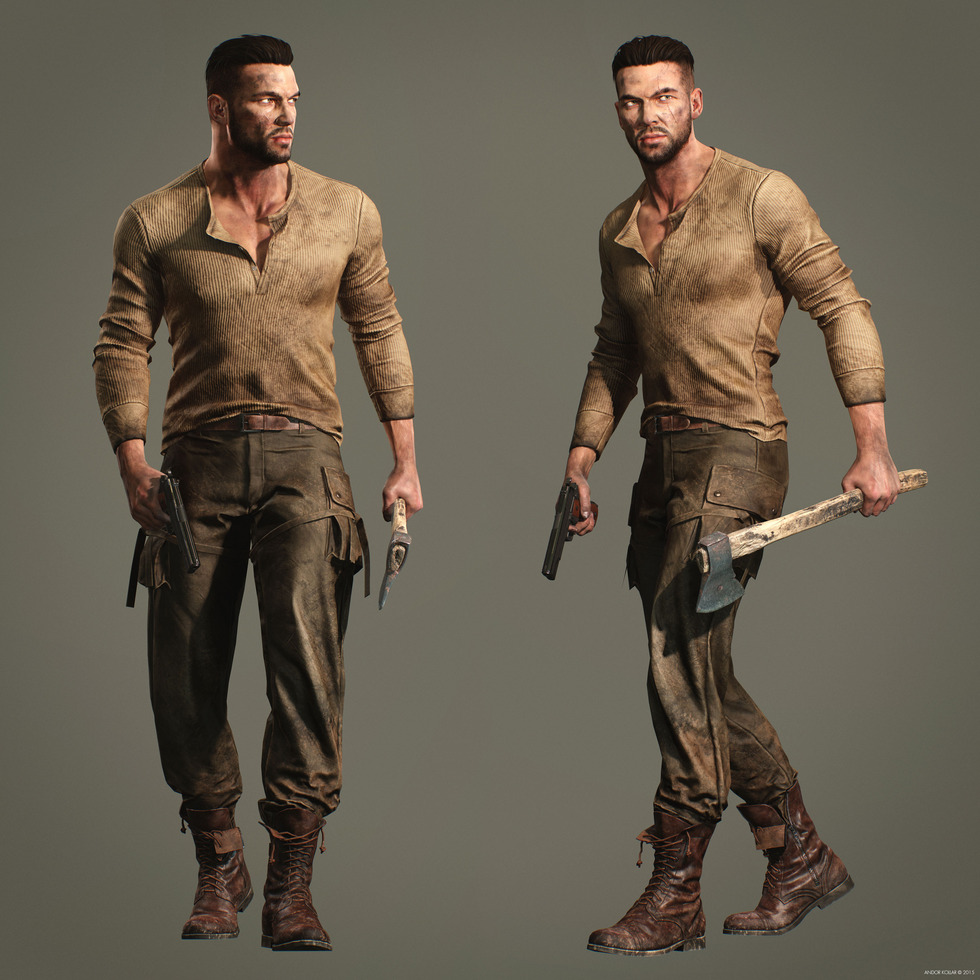 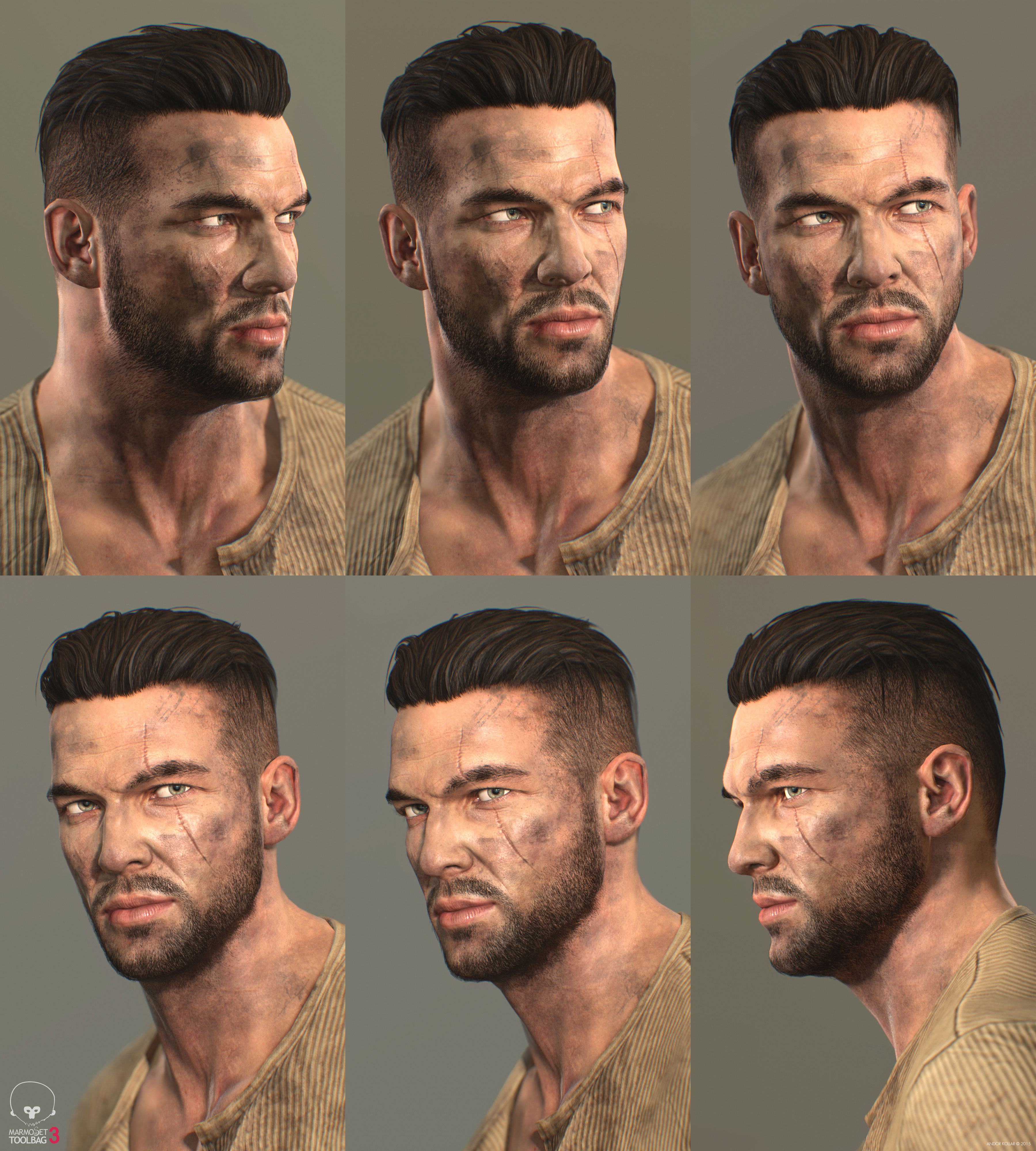 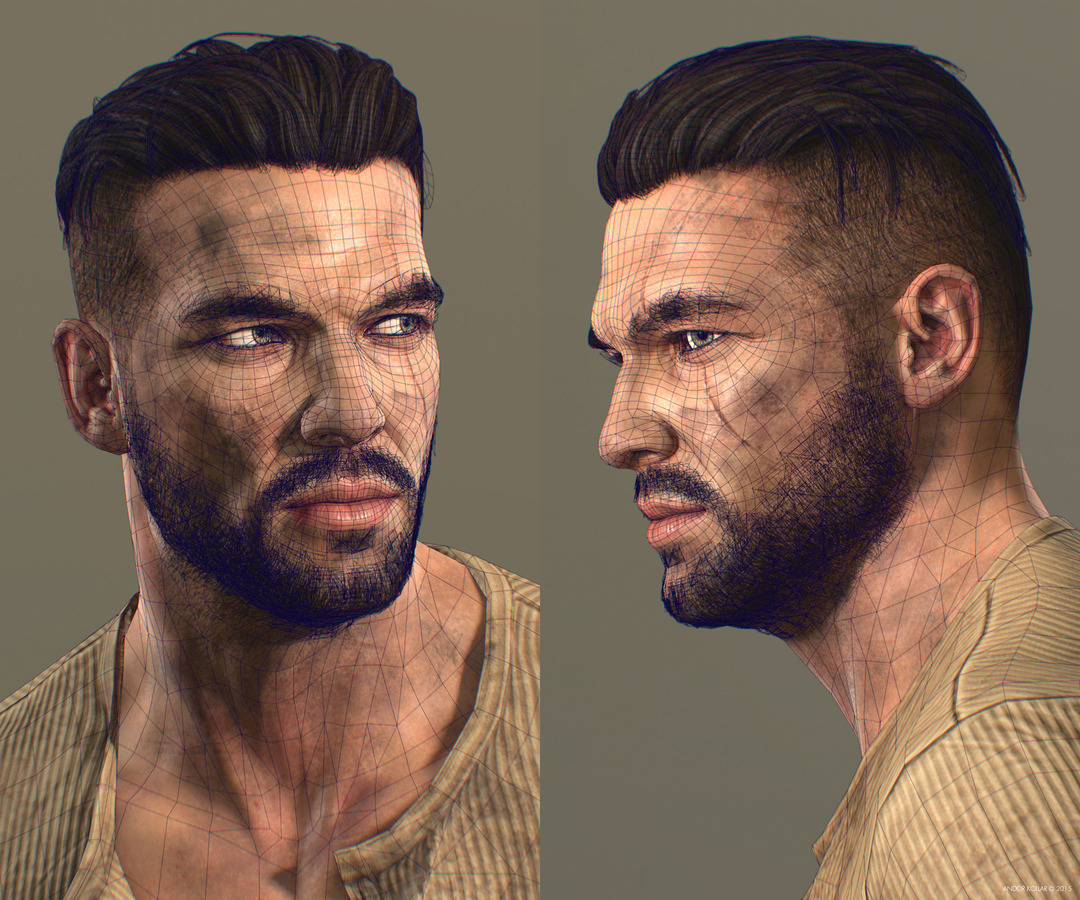 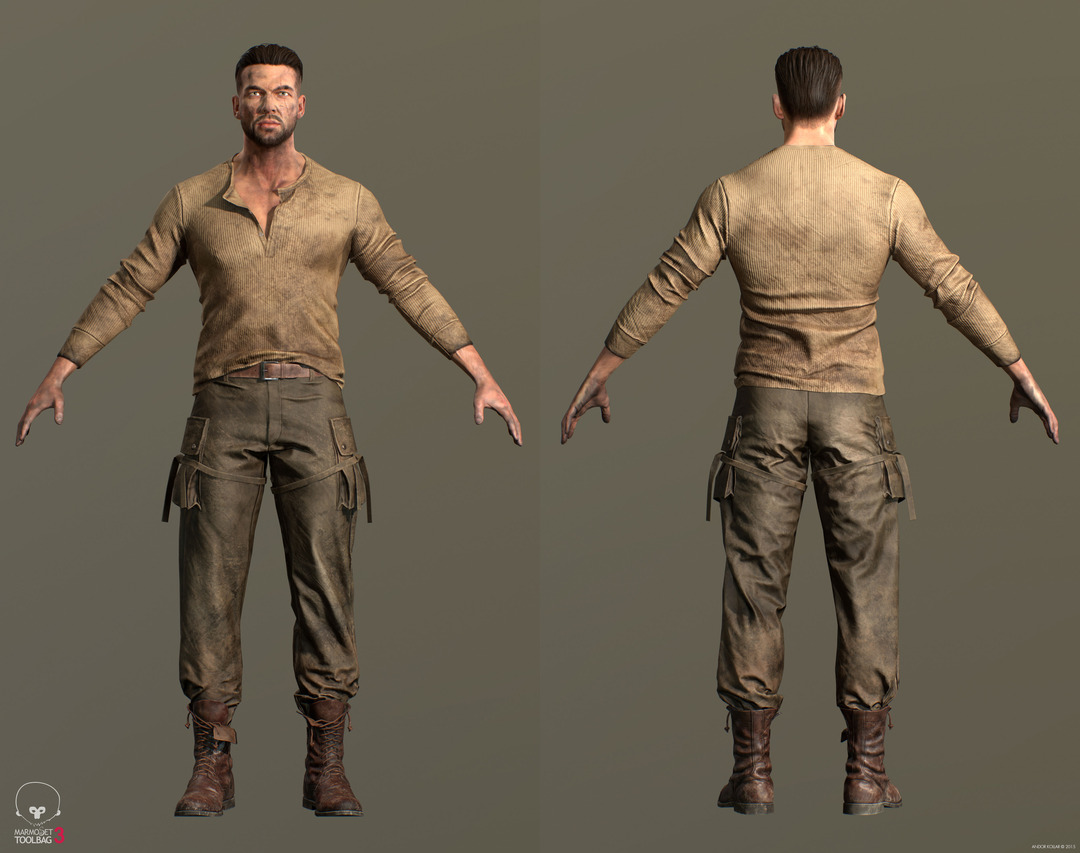 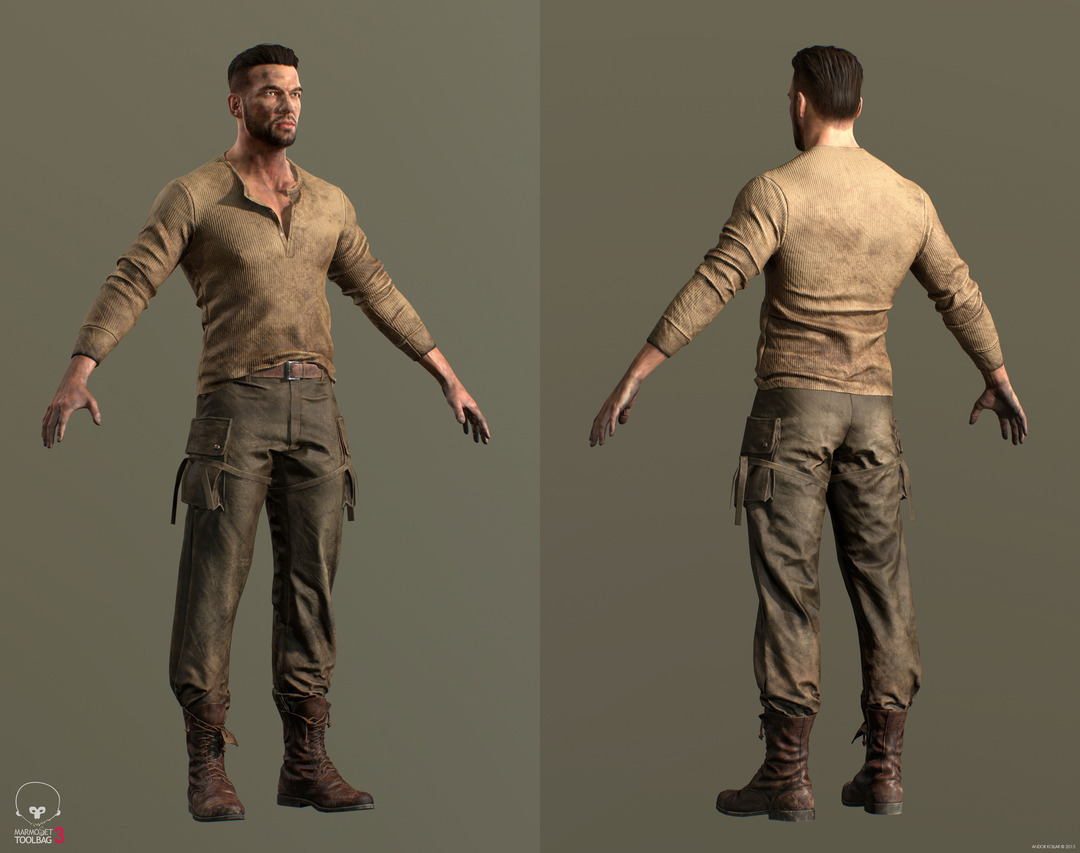 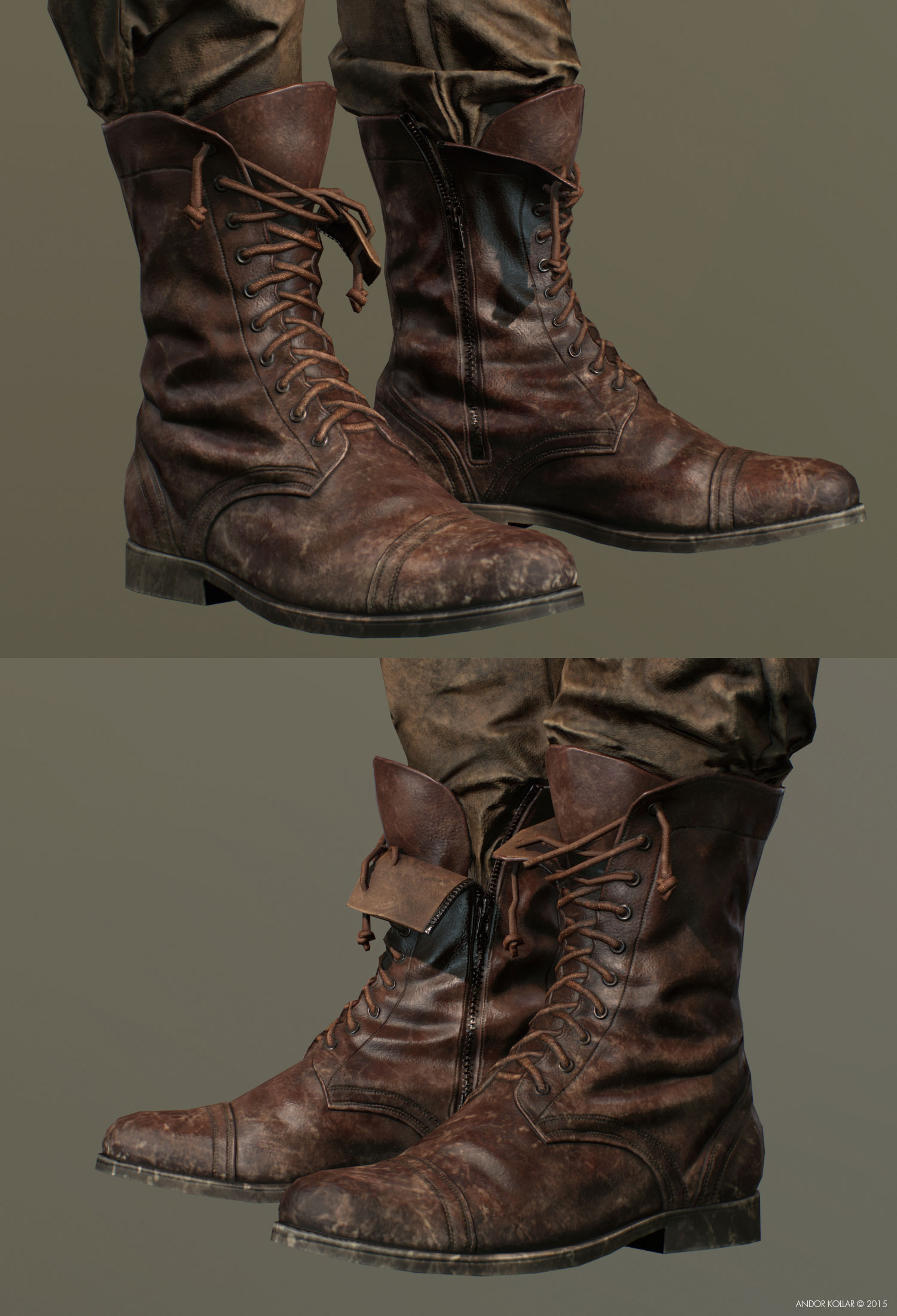 Check out the soldier in Marmoset Viewer:

For the game character I created several Blend Shapes in Maya: 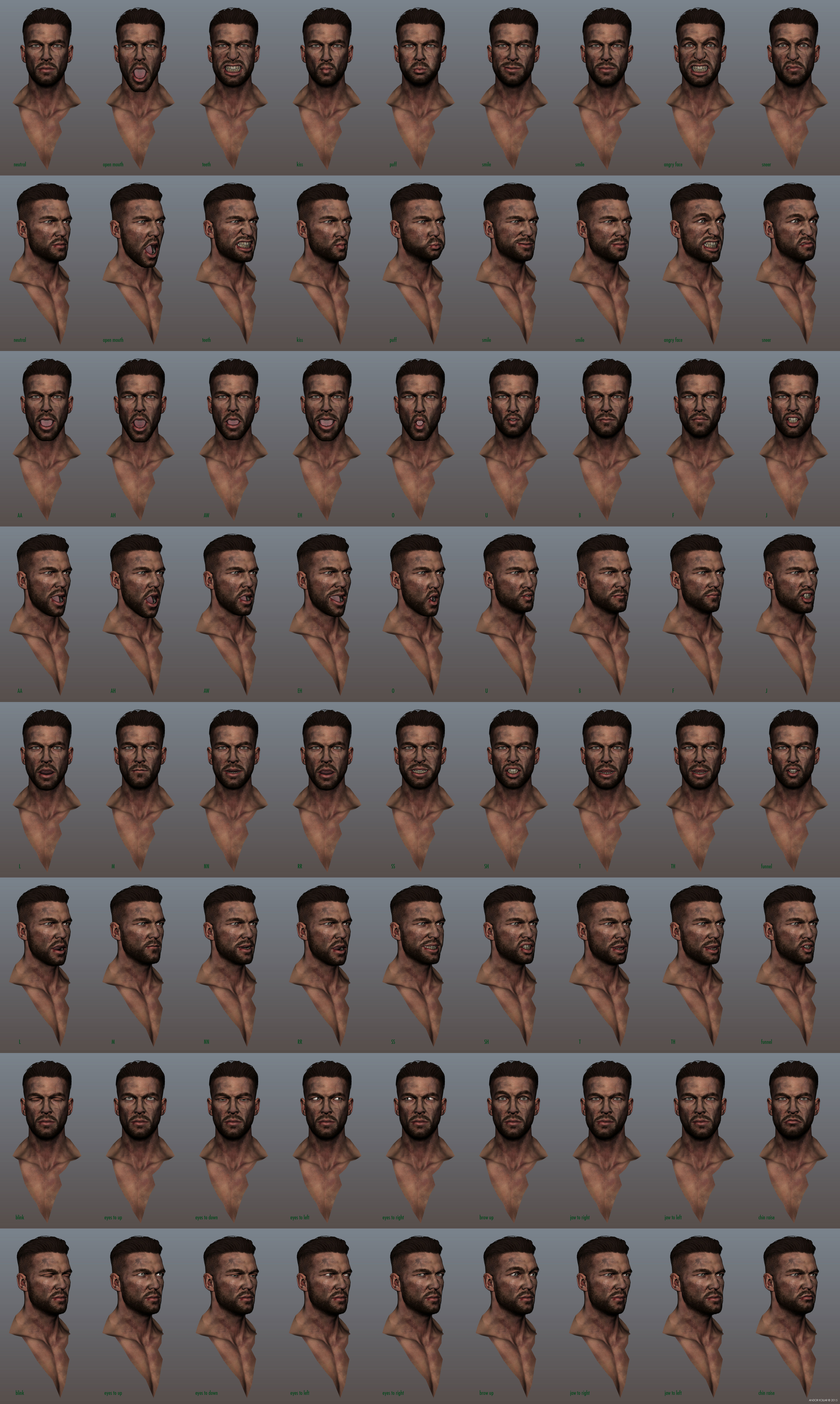 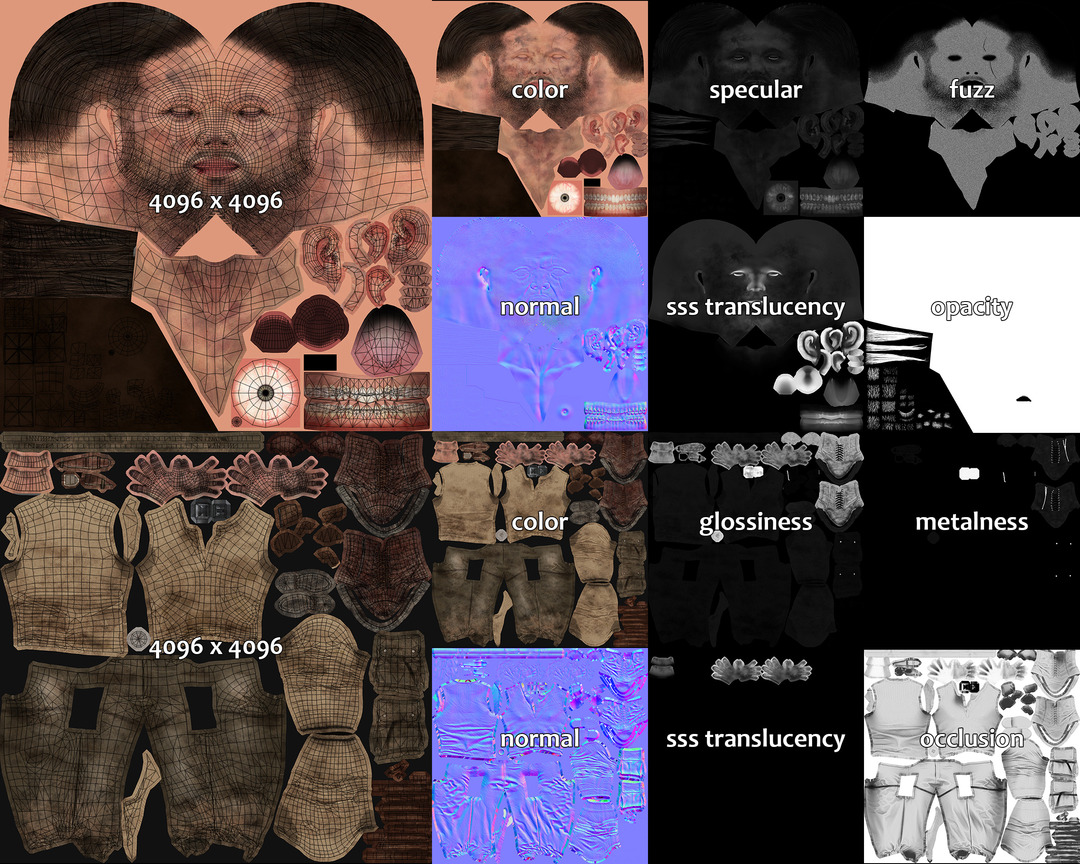