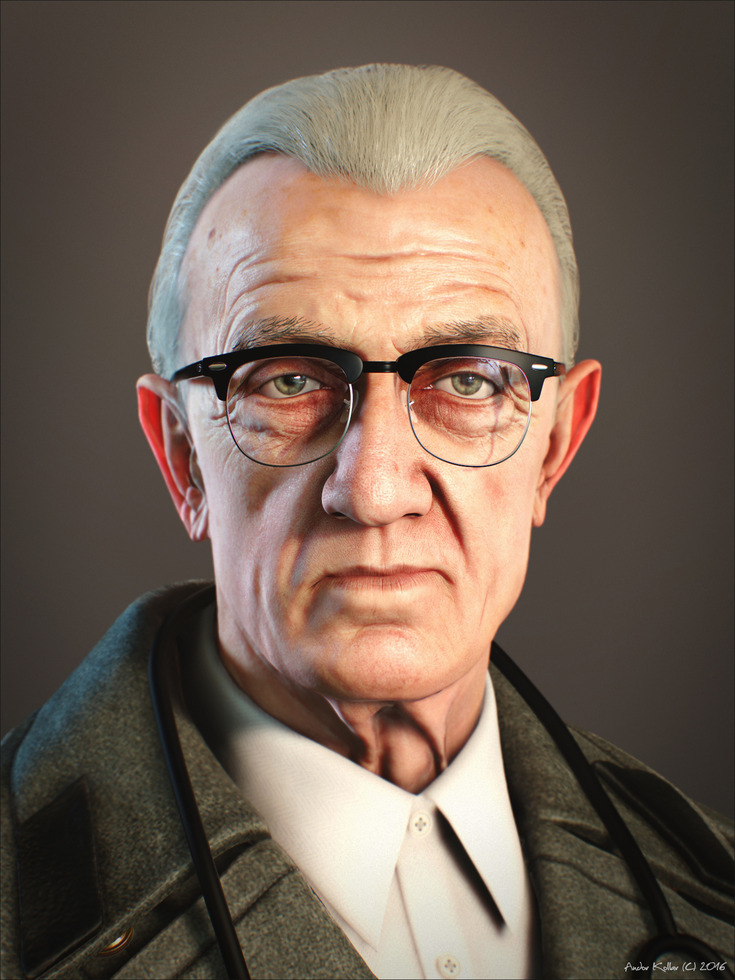 The Doctor is a low polygon next-gen game character. For this character, I used the face of Jonathan Banks as a reference and he wears Ray-Ban Clubmaster glasses. The main shape of the coat was simulated in Marvelous Designer. The basic high polygon mesh for this work was created in Maya and then sculpted in ZBrush. Marmoset Toolbag rendered the final images. I used PBR shaders and textures to really bring this old man to life. 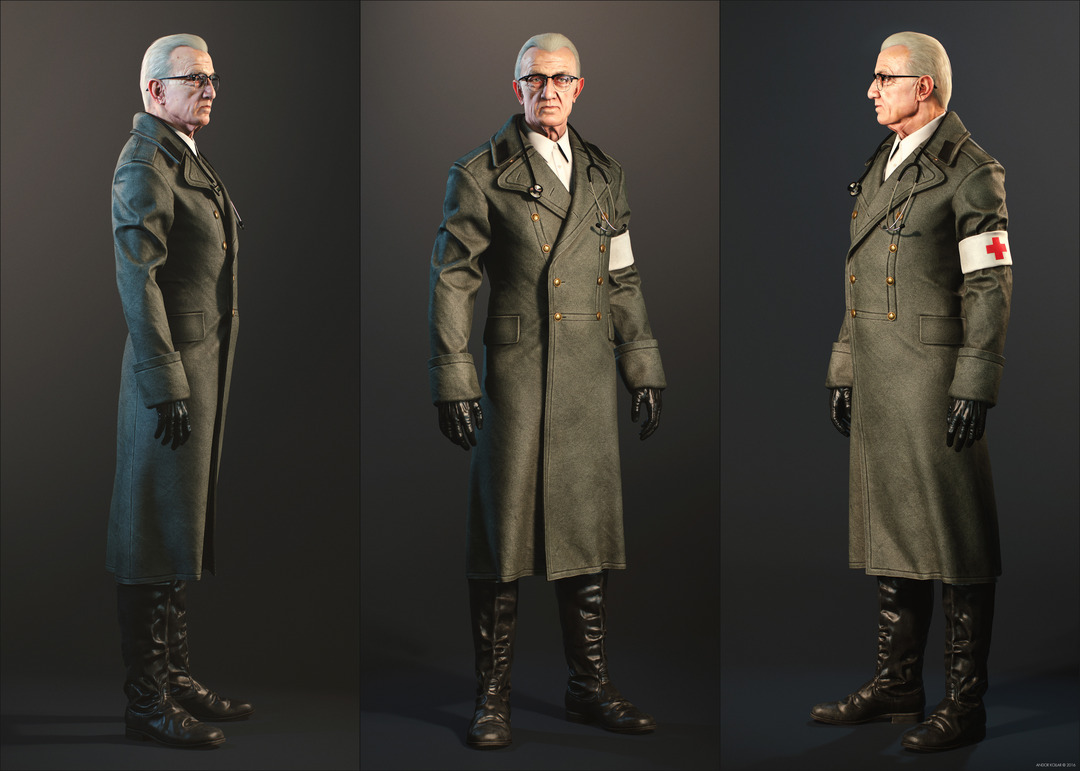 Some close-up render of head 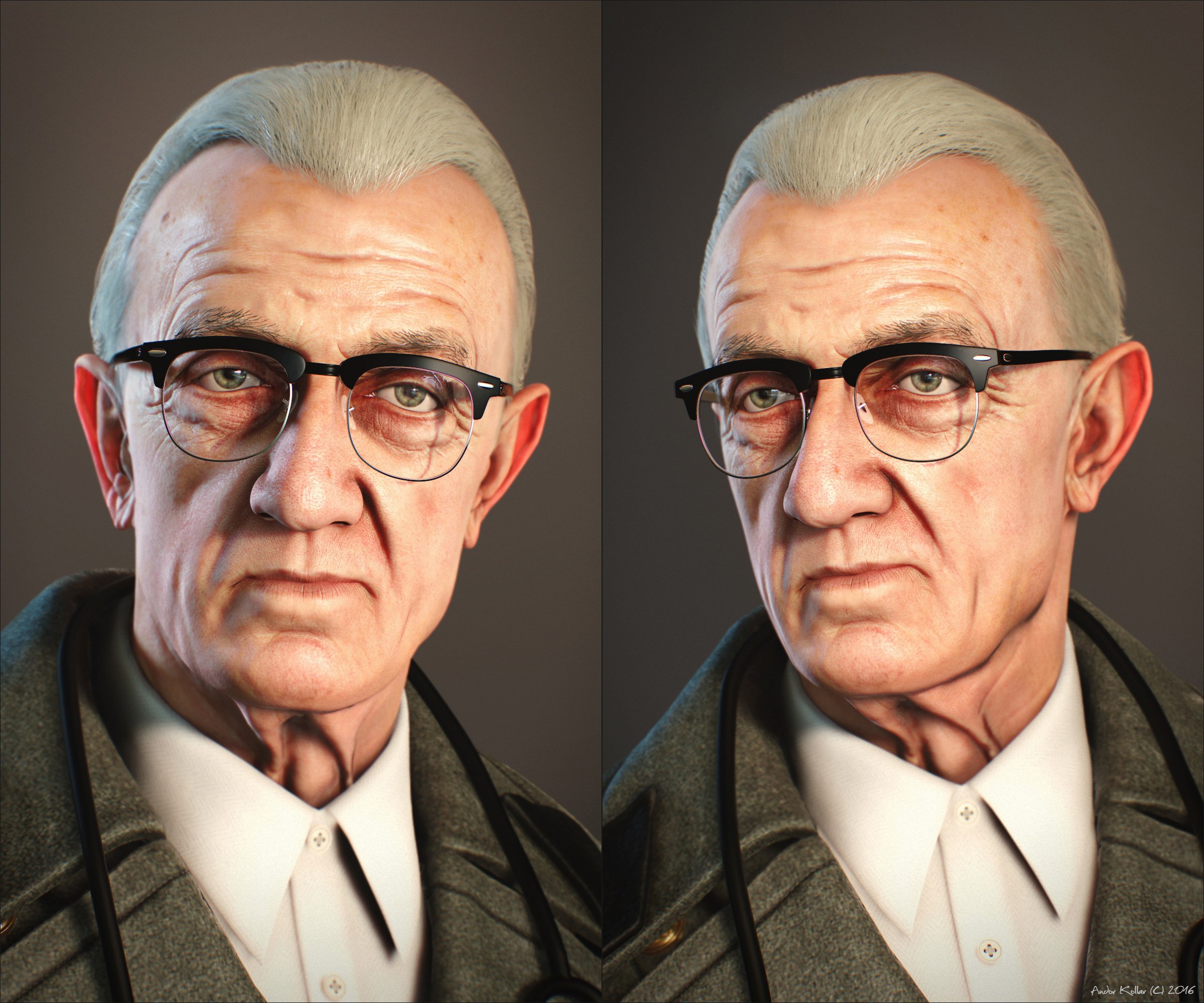 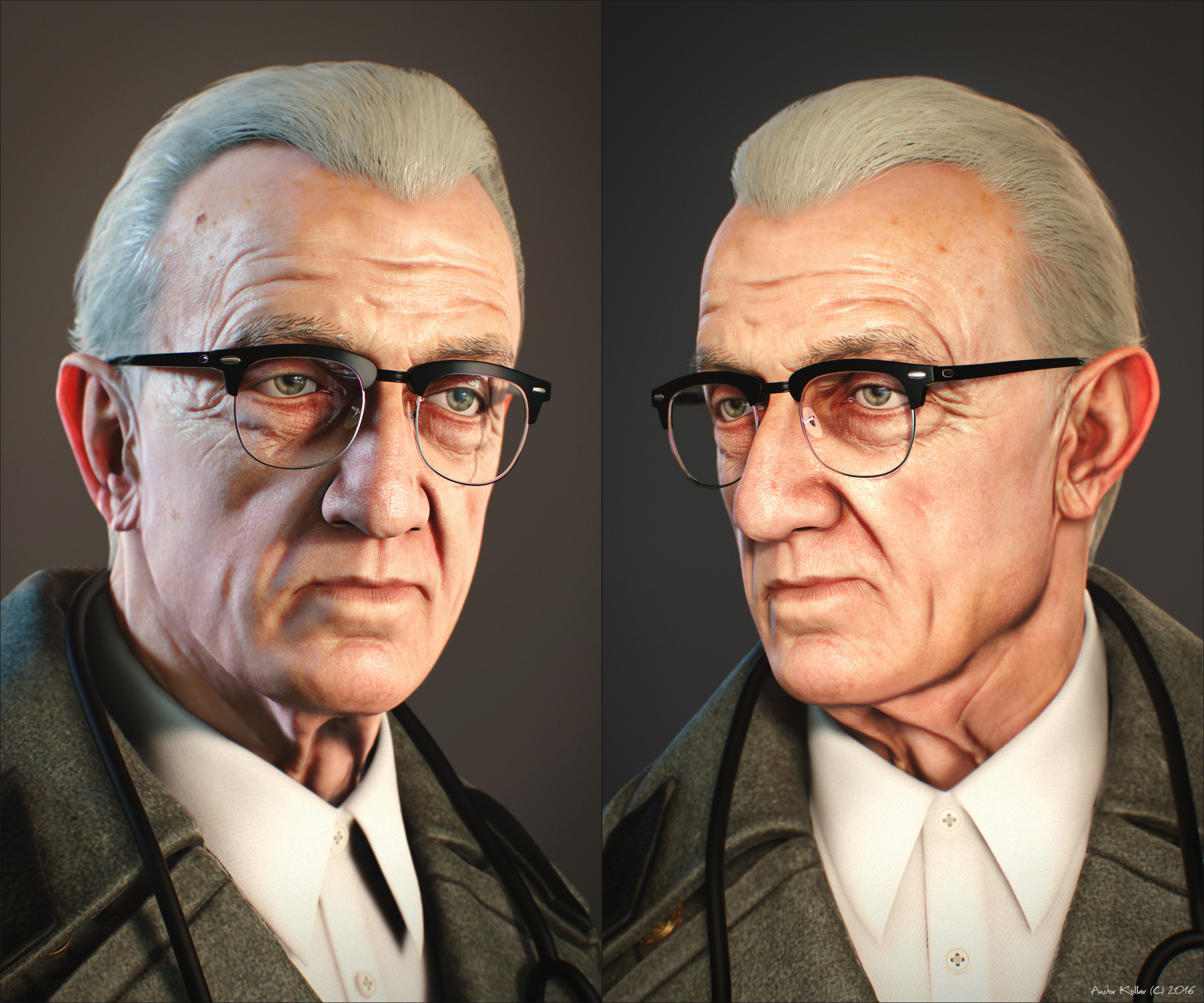 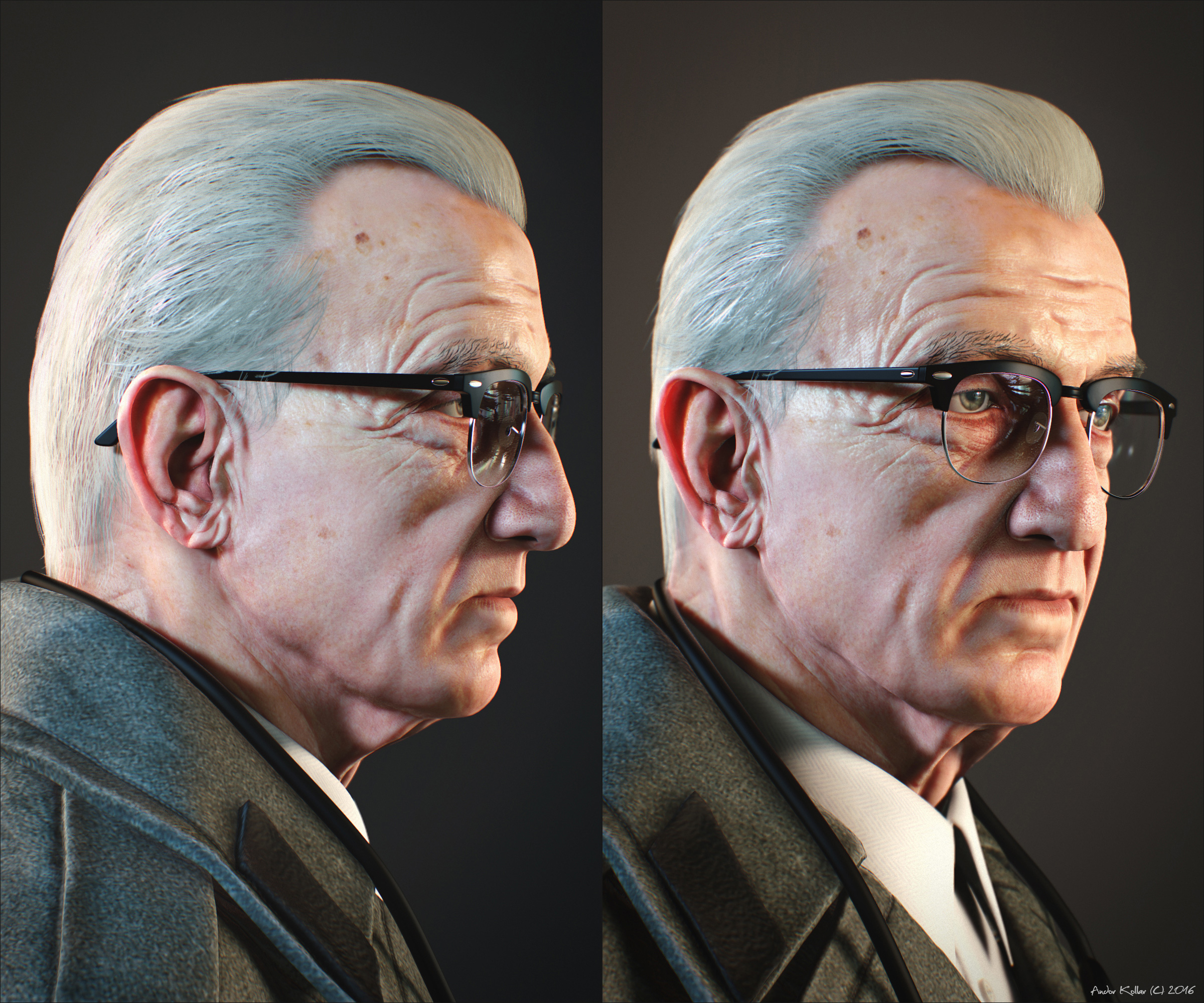 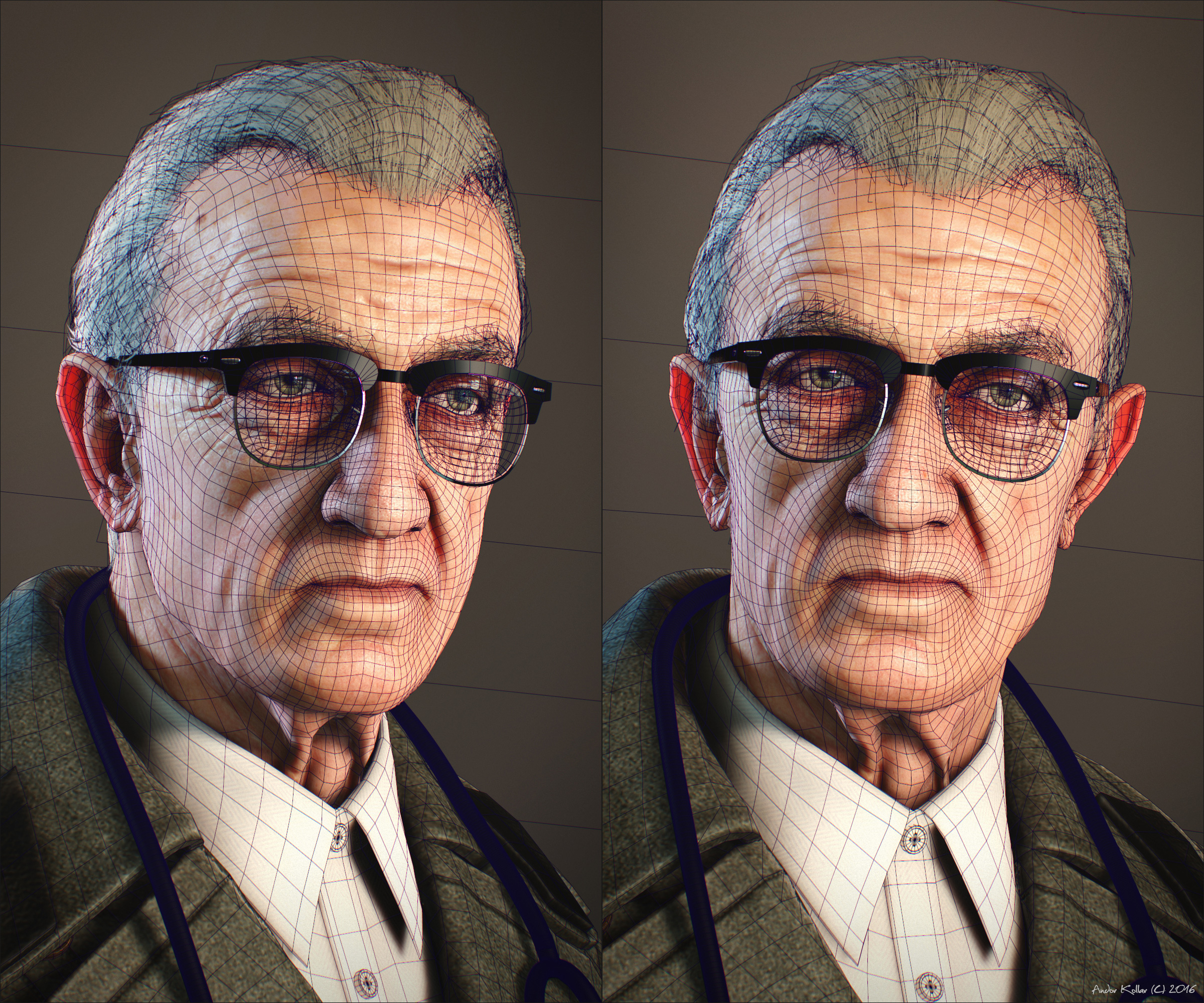 The Character in Marmoset Toolbag 2.08 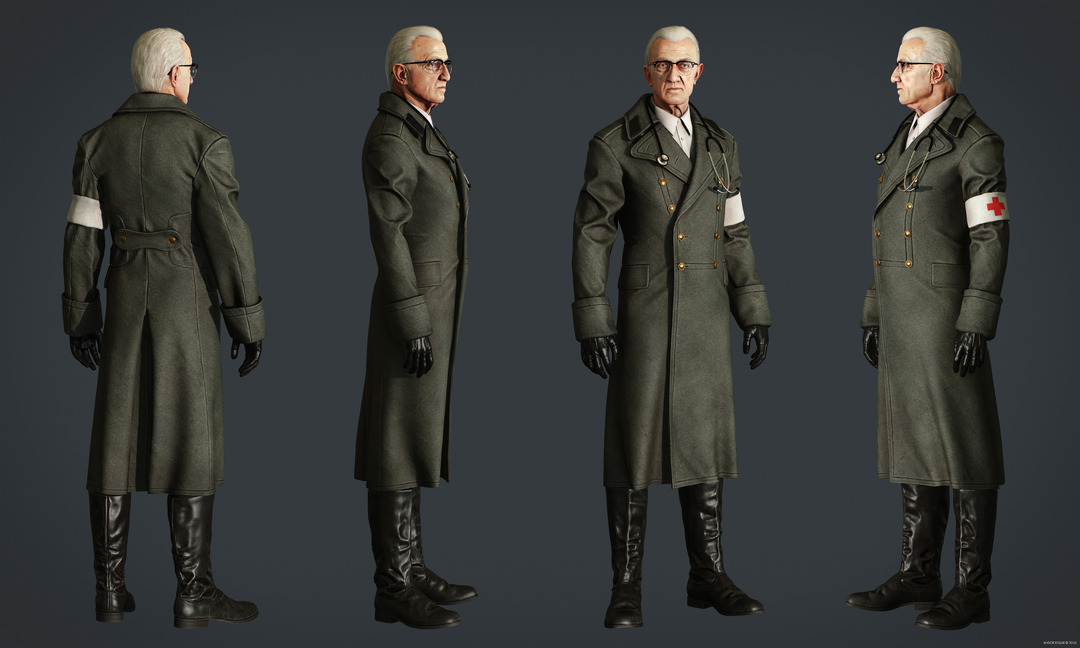 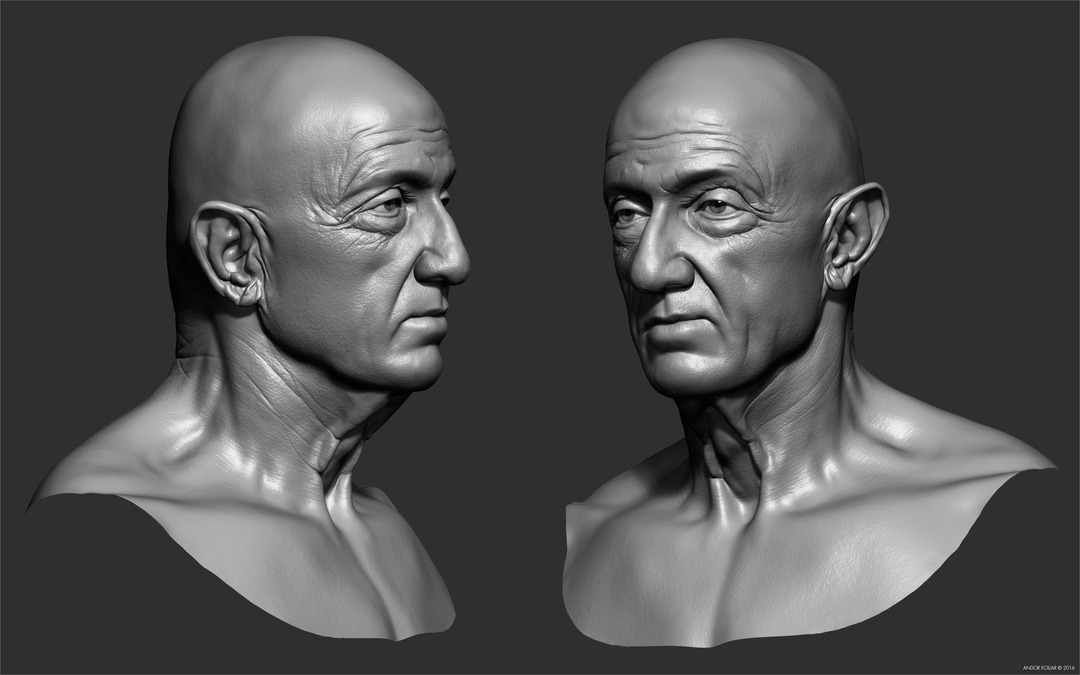 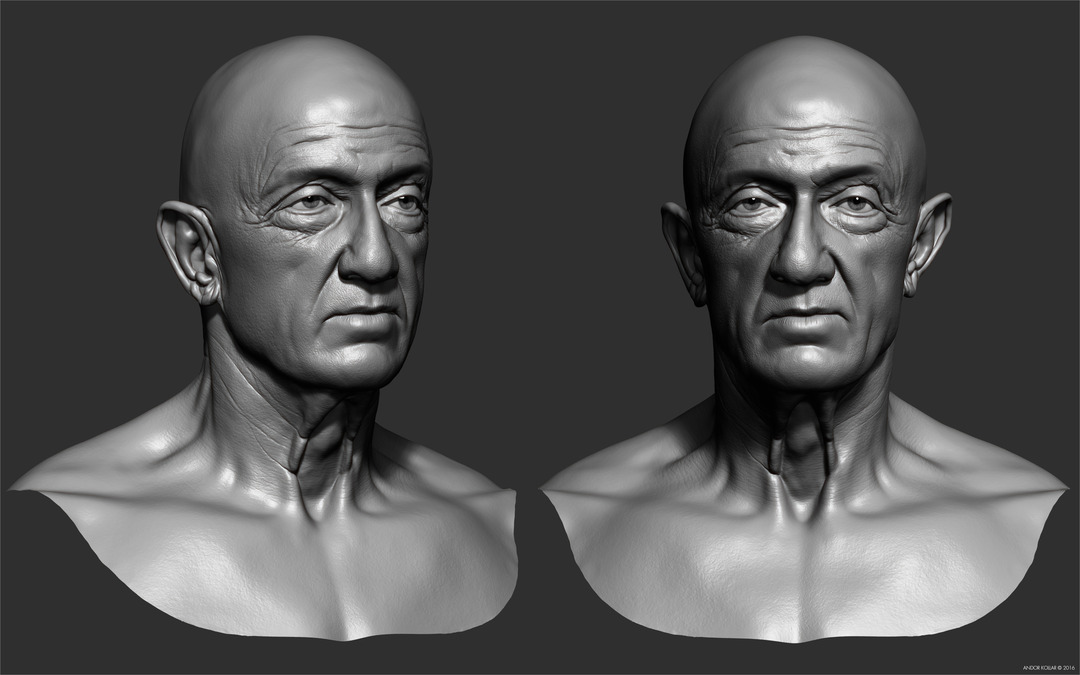 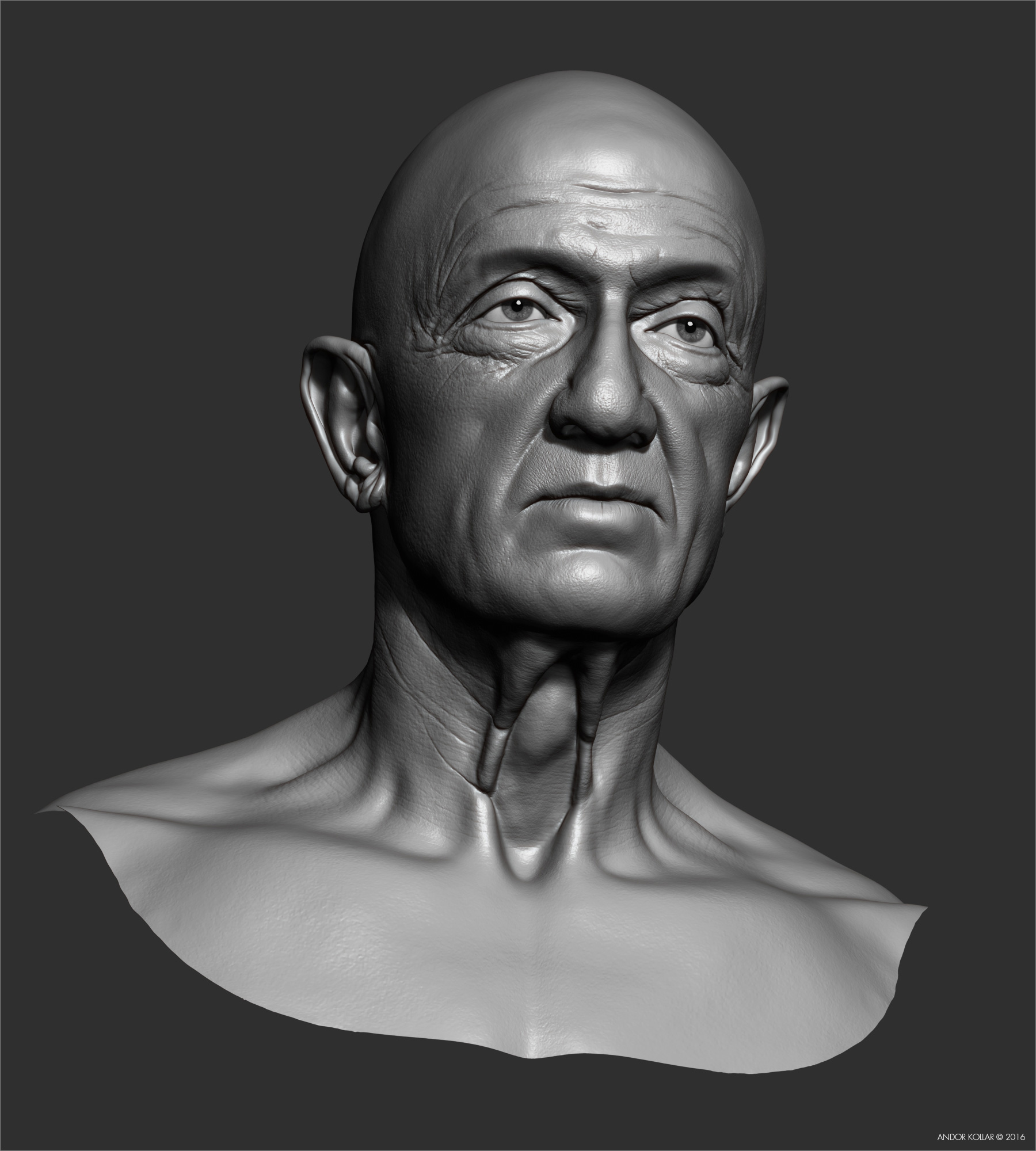 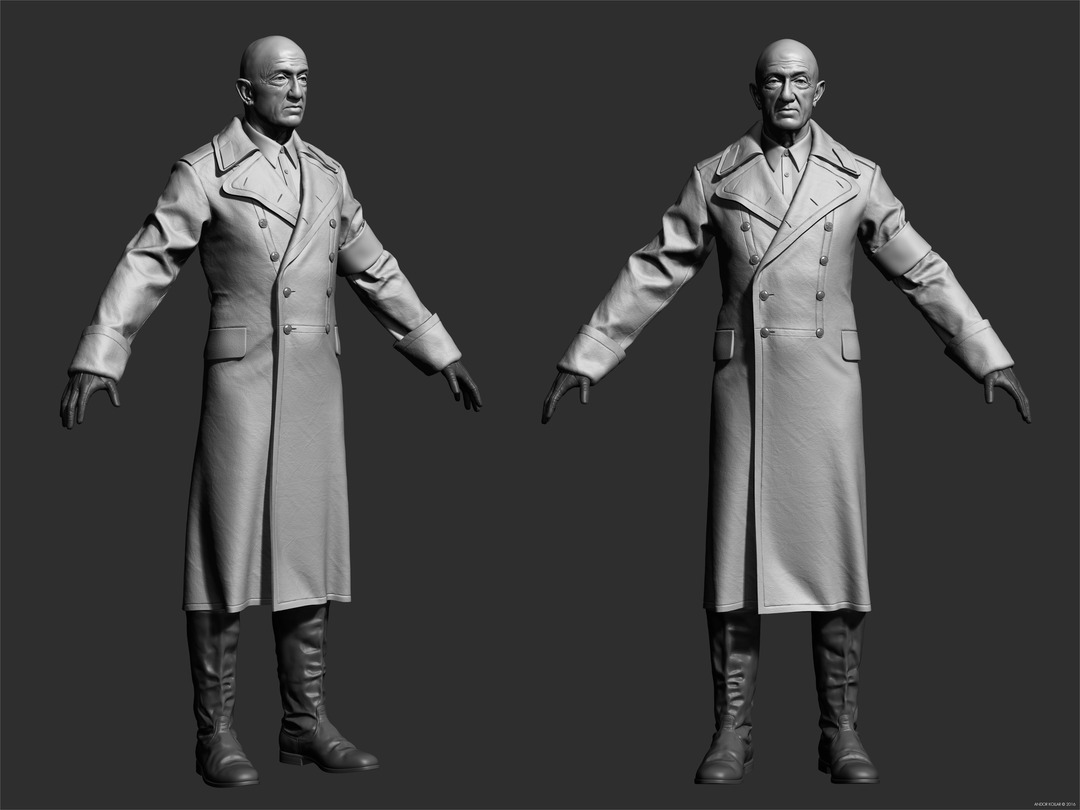 Wireframe, the mesh contains only quads 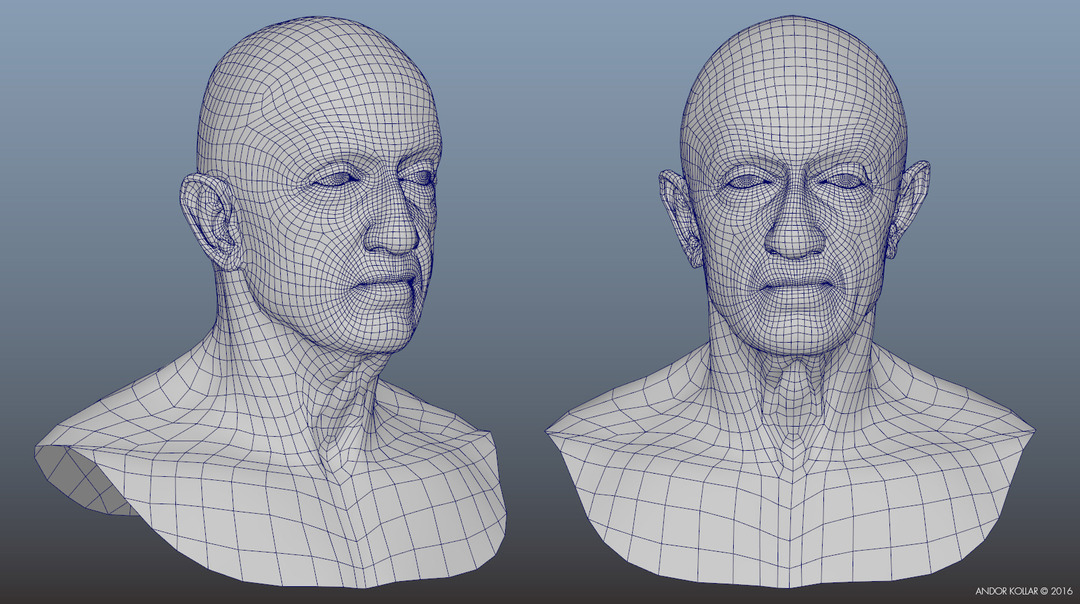 The main shape of the coat was made in Marvelous Designer, I used some control lines for better edge flow and better retopology method with ZRemesher, then I sculpted more details in ZBrush. 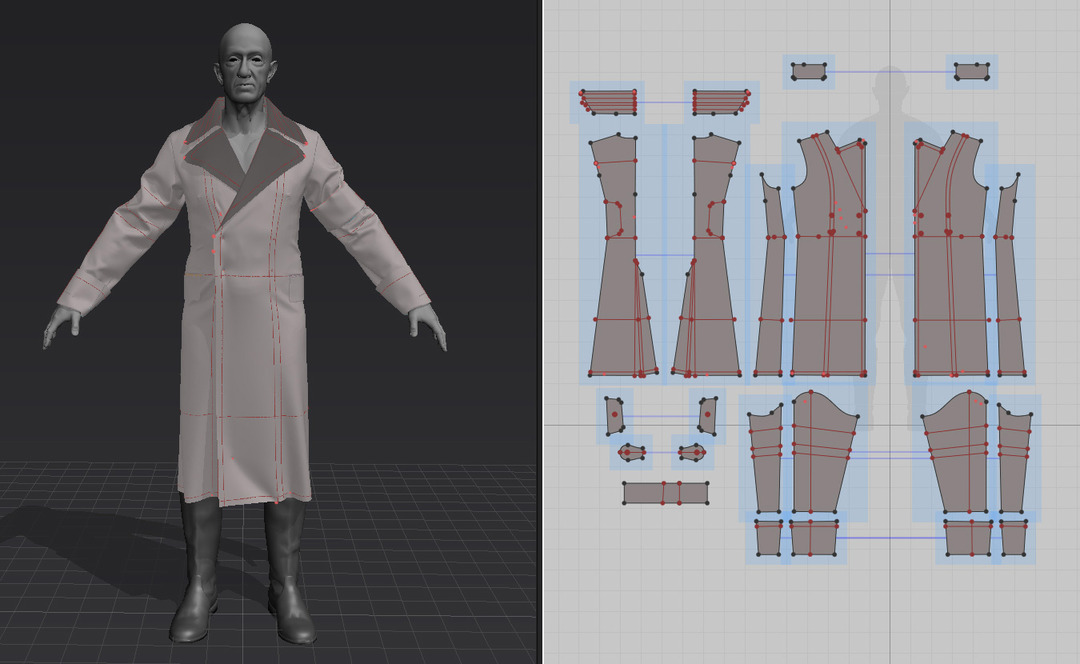 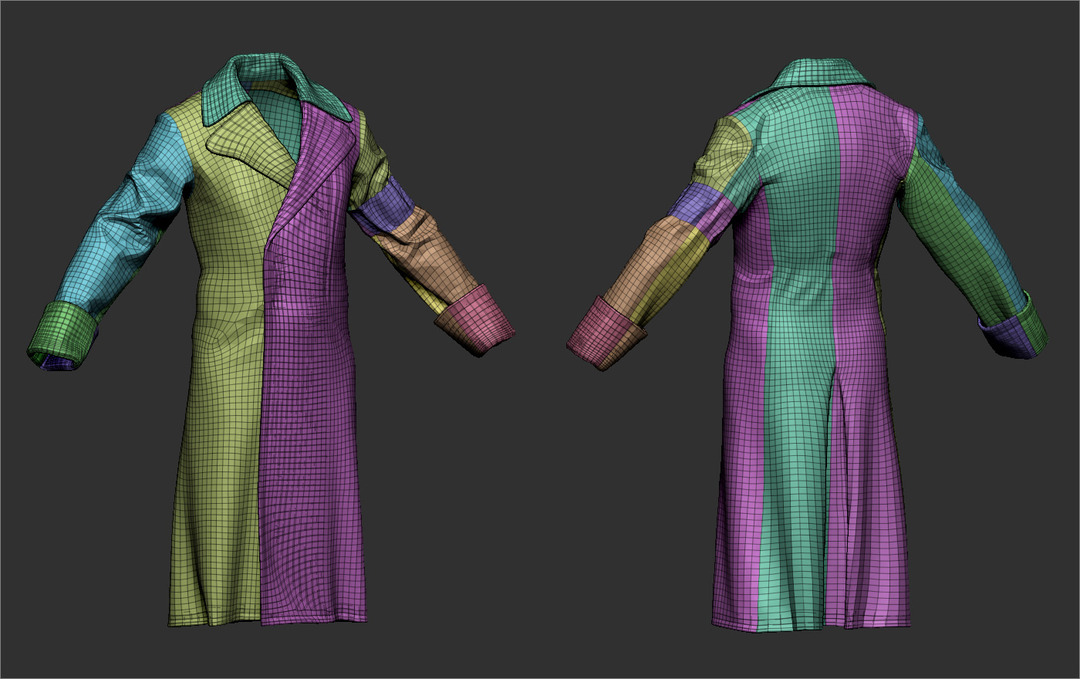 The original concept art was done by Gustavo Torqueto 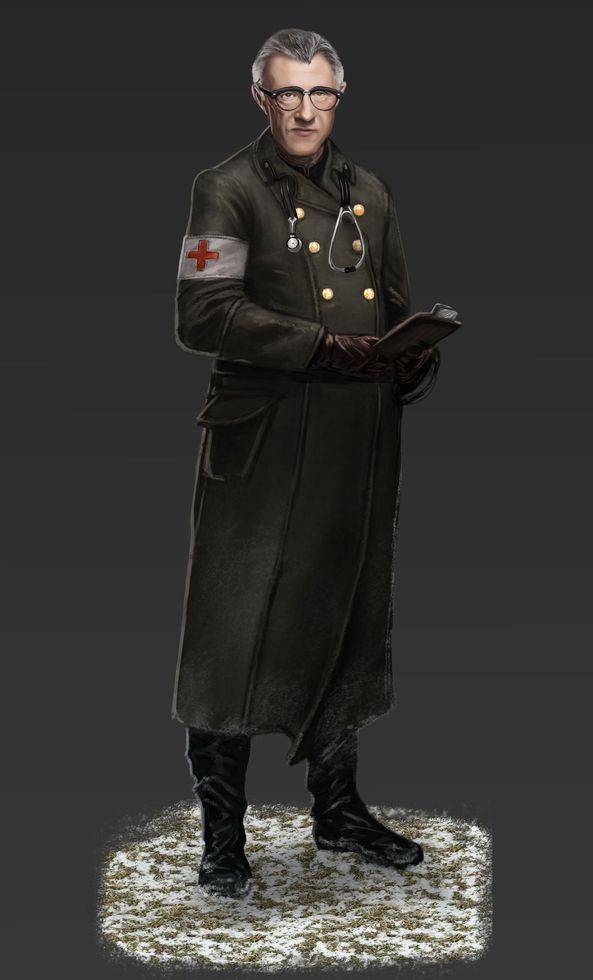