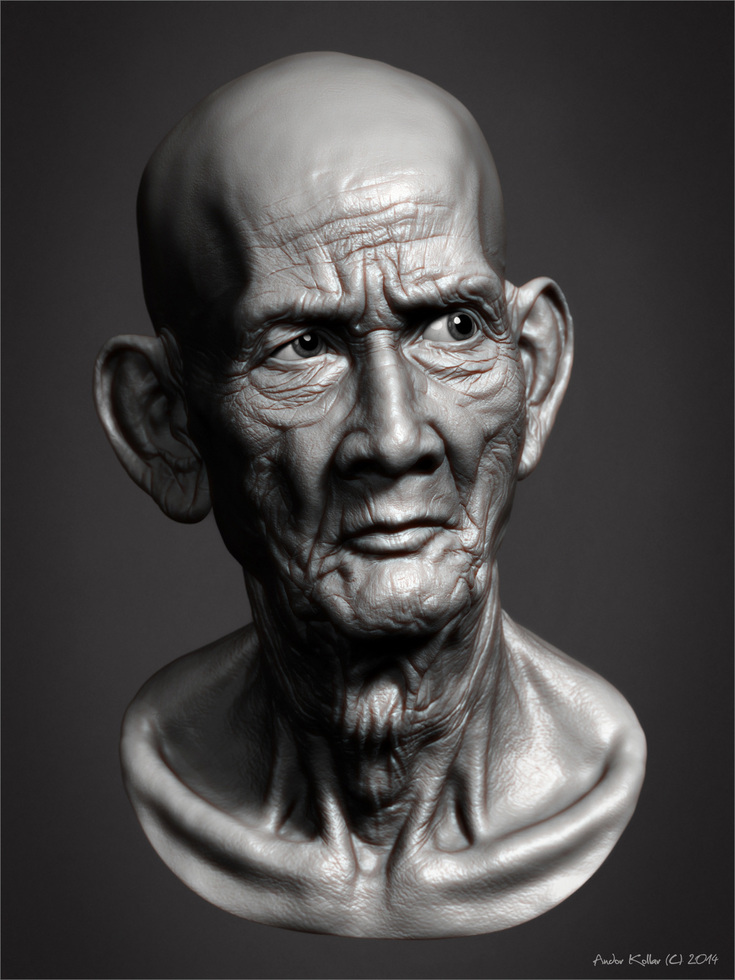 This is a head study of an old Cambodian Monk. The reference photos were taken in Angkor. The idea to sculpt a high detailed, realistic, and interesting 3d head. The character was sculpted in ZBrush at subdivision level 7 and contains about 30 million polygons. I paid high attention to the details of the face, and also I tried to catch the personality of the character. 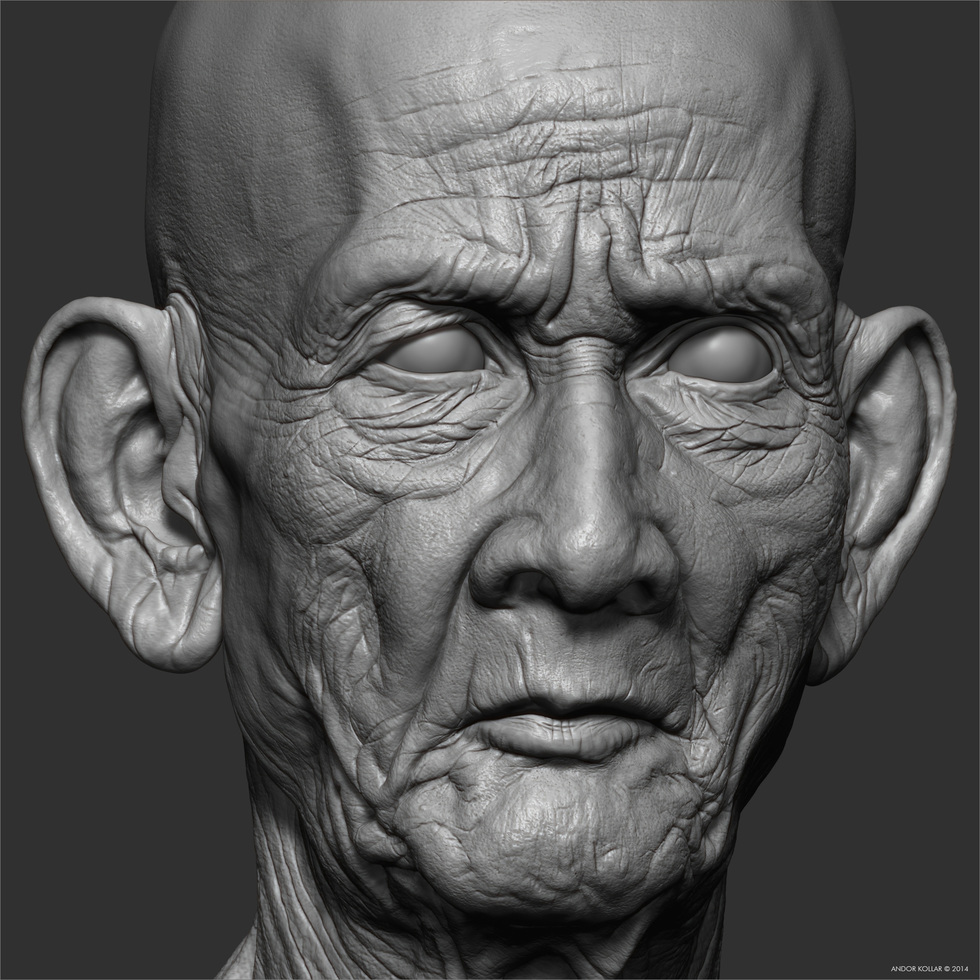 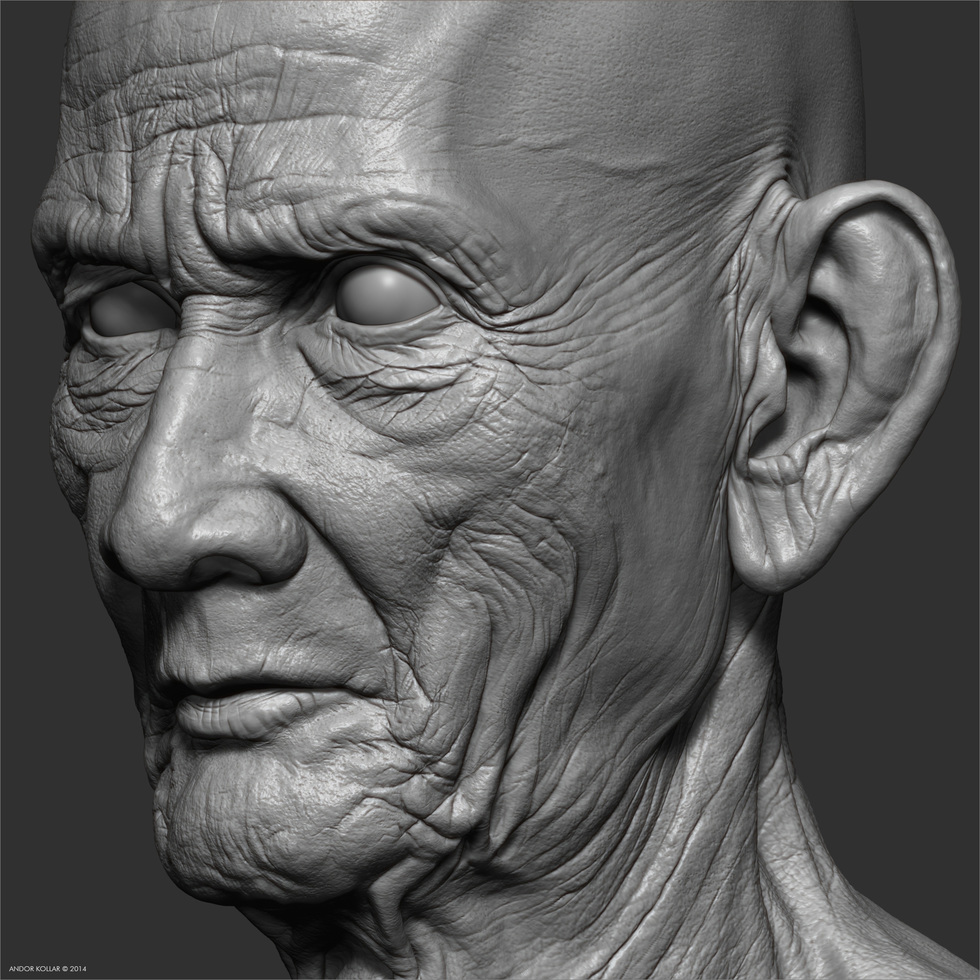 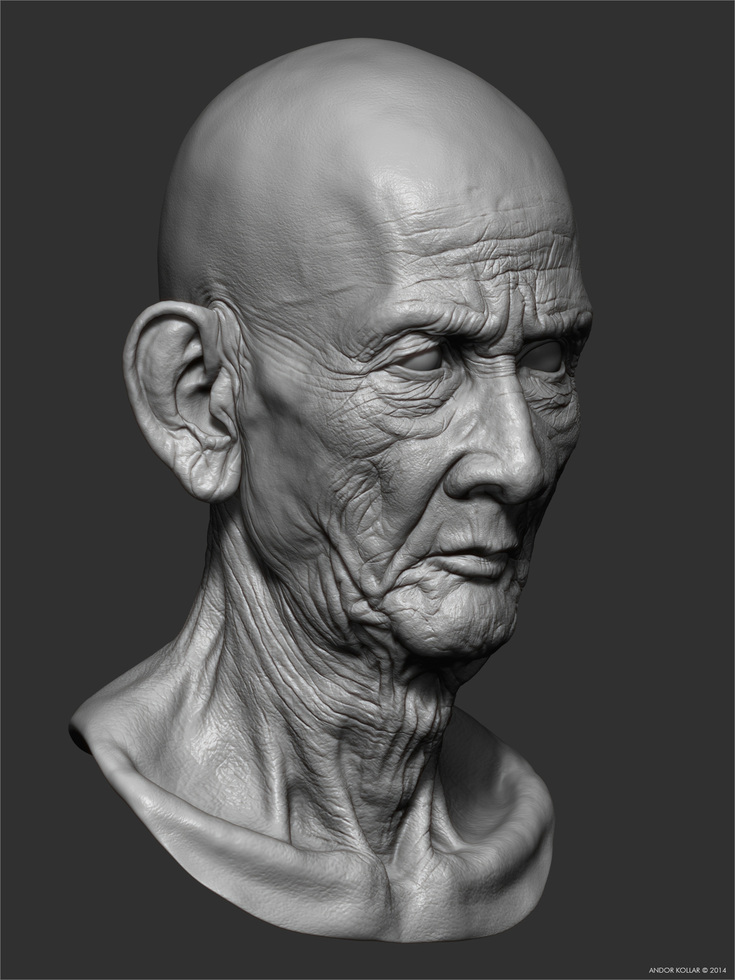 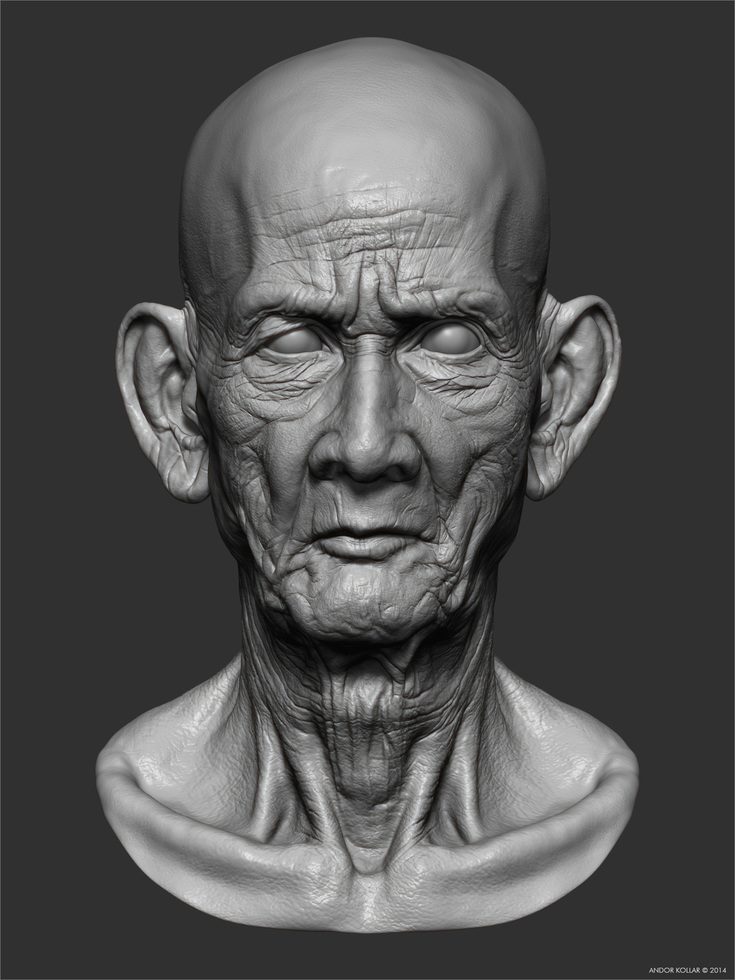 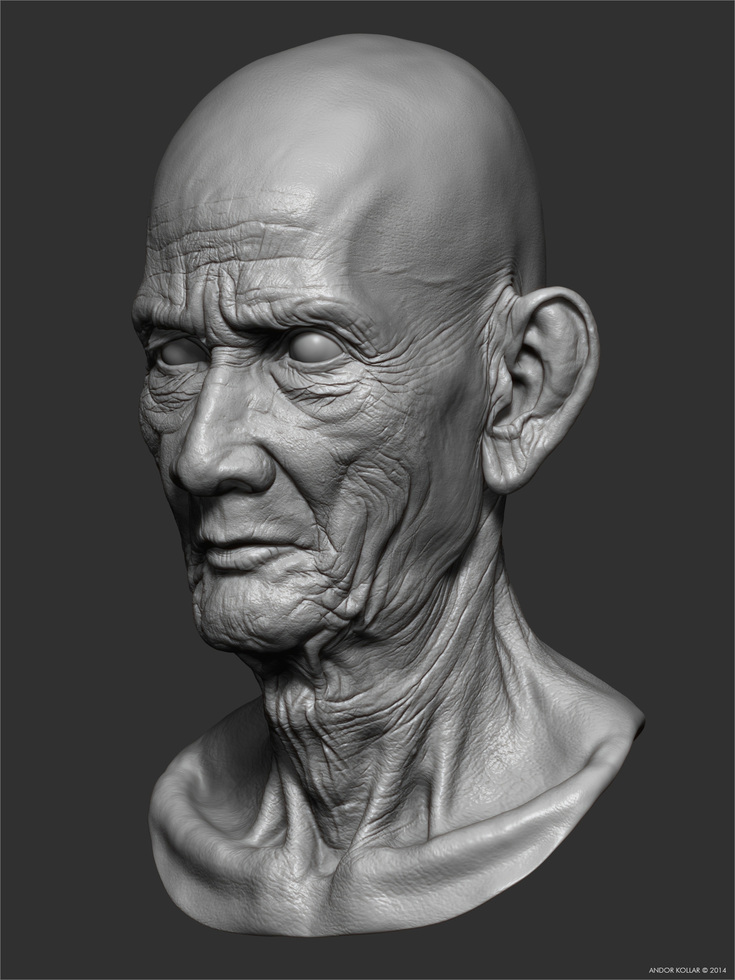 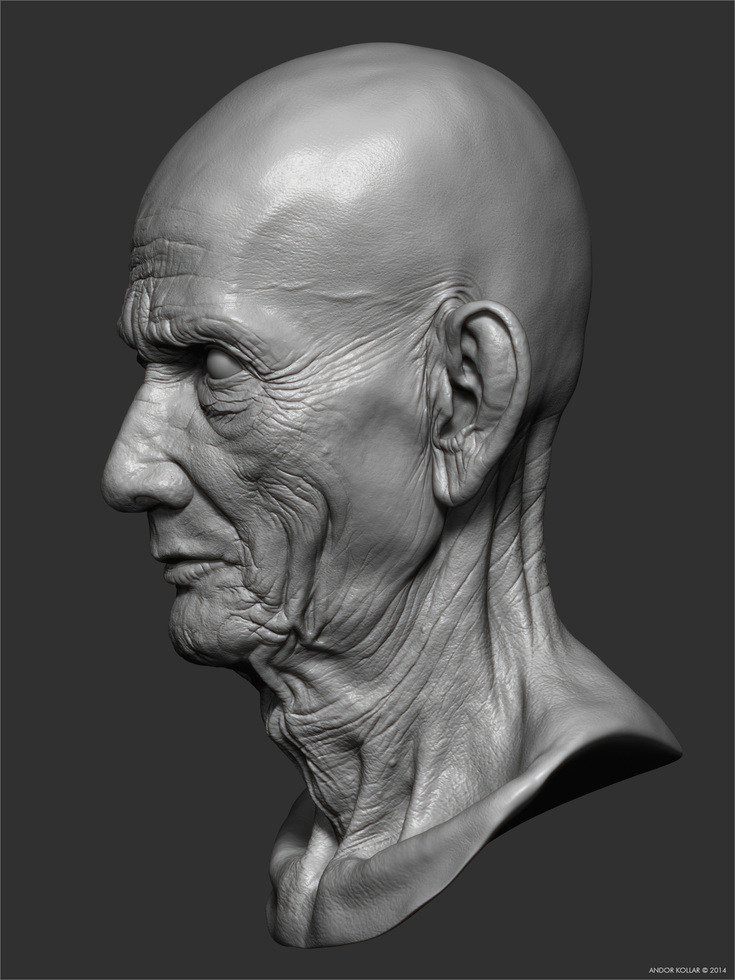 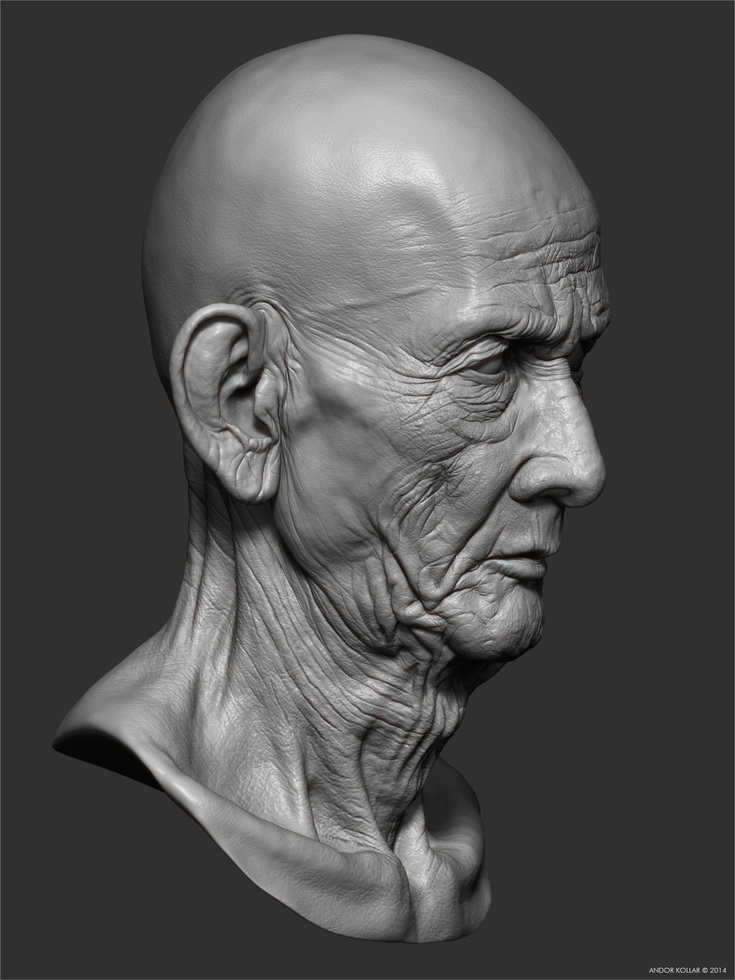 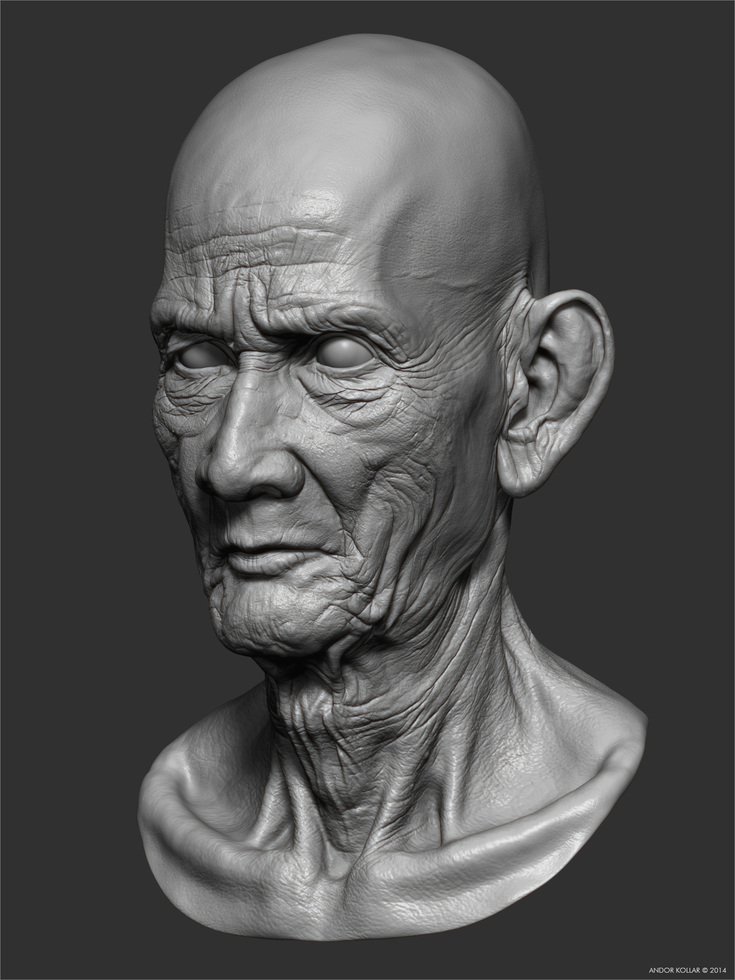 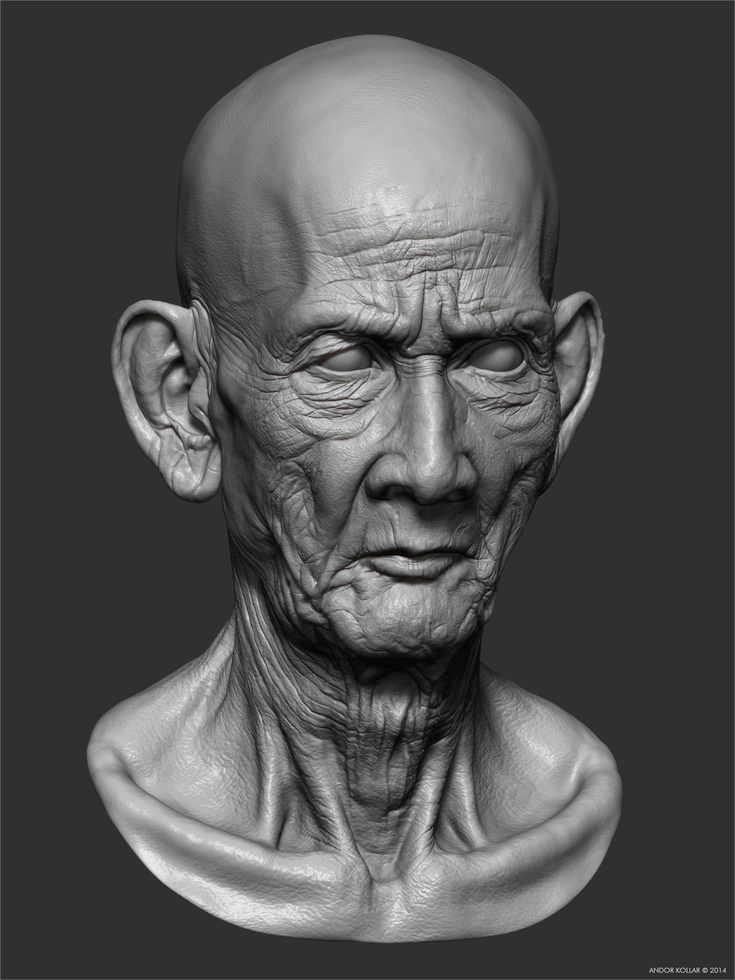 Reference photos were taken in the ruins of Angkor Wat in Cambodia. 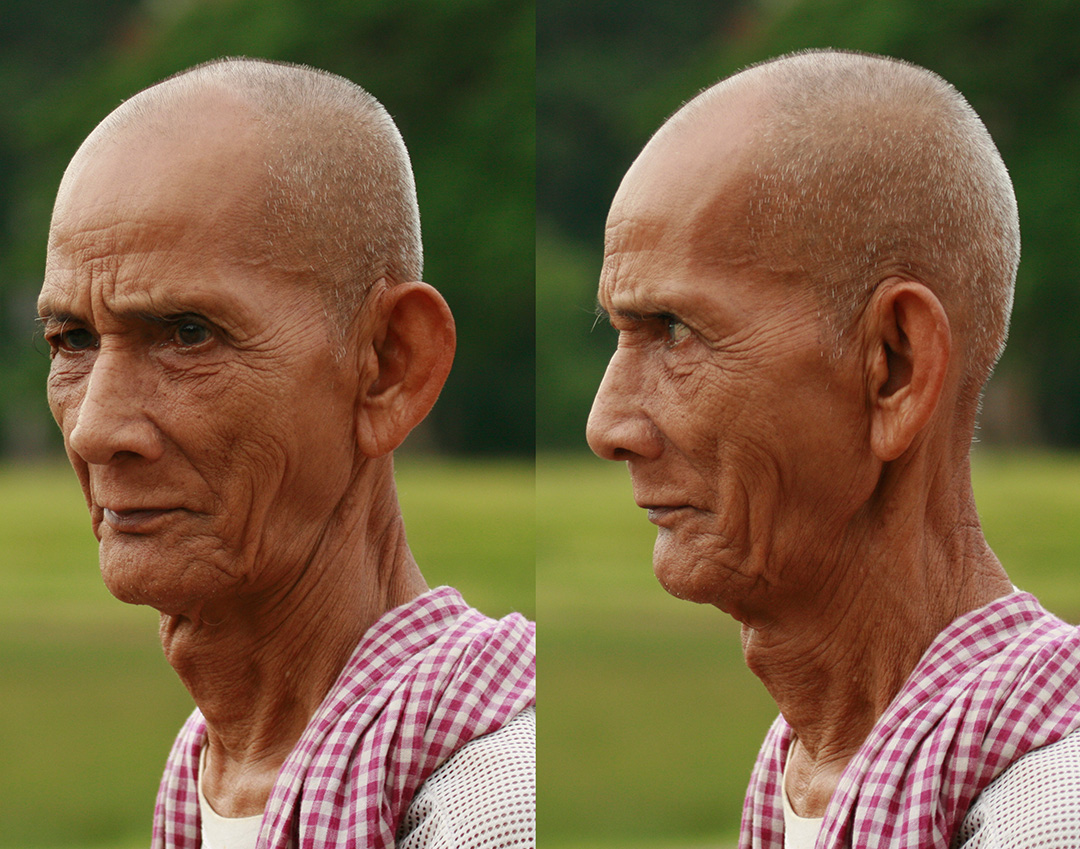 Wireframe image. The base head was made in Maya and contains 7250 polygons (triangles). 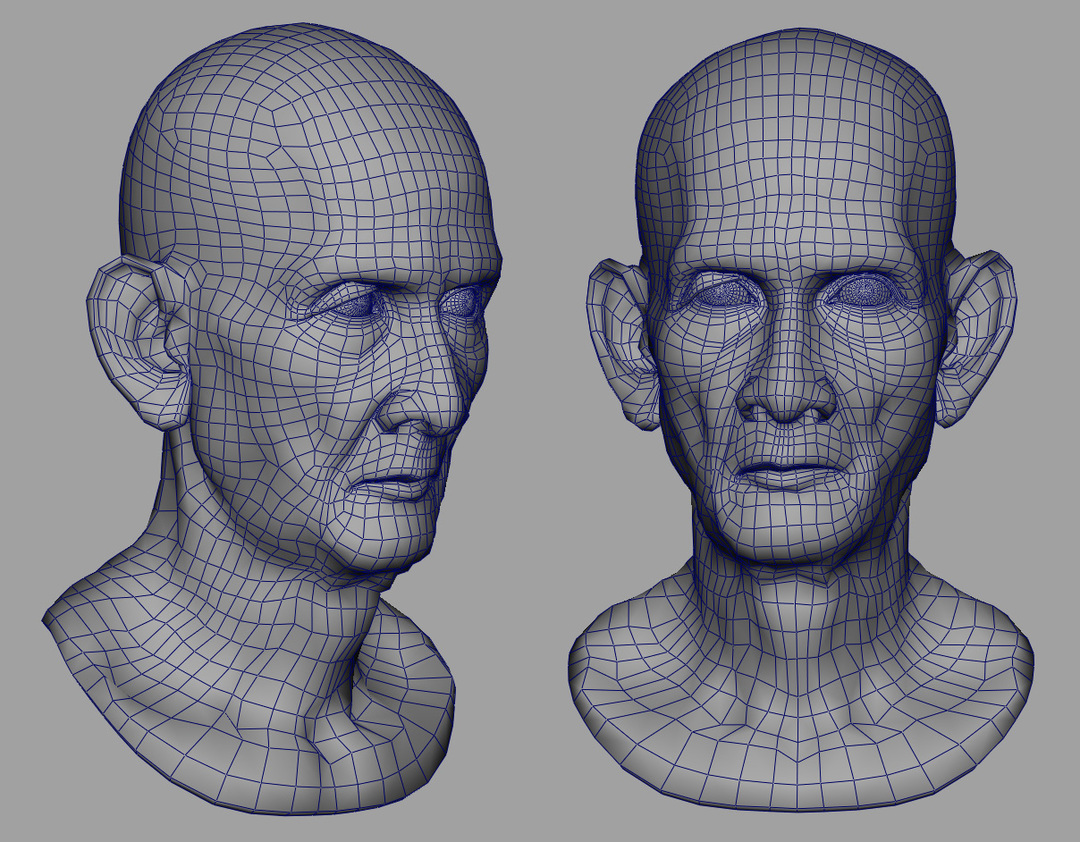 This video introduces the sculpted old man’s head and close-up details of his face.

I used many sculpting brushes and for fine details many alpha brushes in a separate layer. Then with morph brush, I can make softer skin details if somewhere too strong. 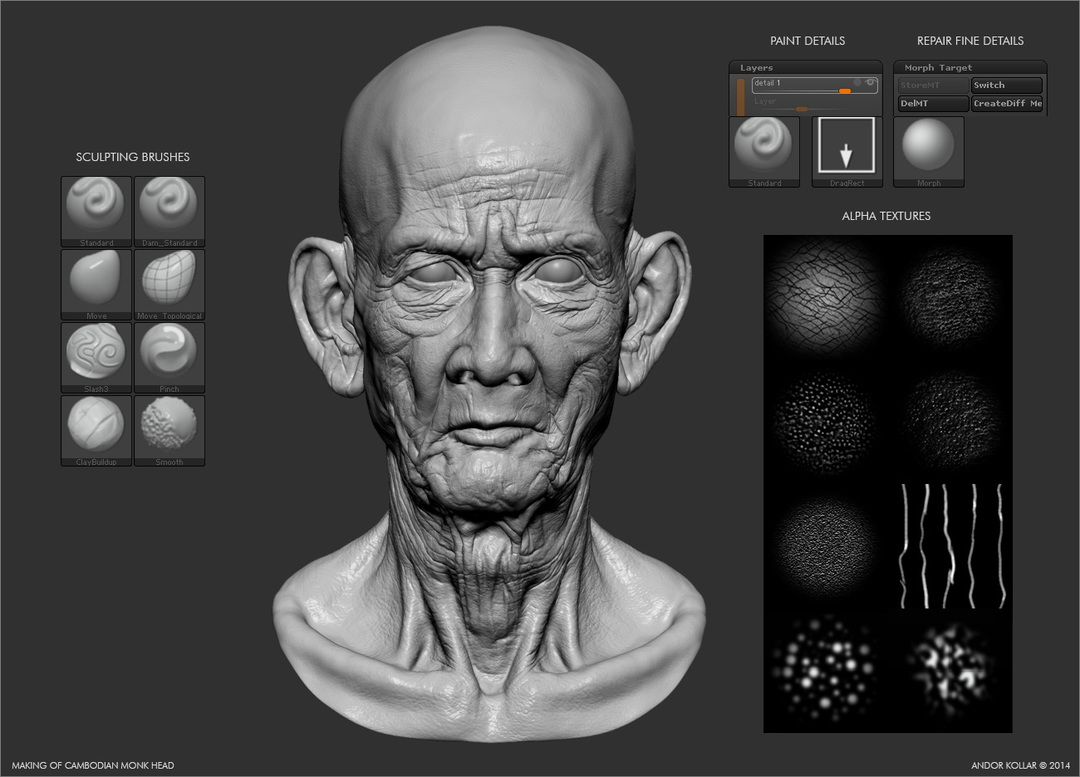